The Organs of Sense:
A Novel

Harvard Book Store welcomes ADAM EHRLICH SACHS—author of the acclaimed story collection Inherited Disorders: Stories, Parables, and Problems—for a discussion of his debut novel, The Organs of Sense. He will be joined in conversation by author and critic ANDREW MARTIN.

About The Organs of Sense

In 1666, an astronomer makes a prediction: At the stroke of noon on June 30 of that year, a solar eclipse will cast all of Europe into darkness for four seconds. This astronomer is rumored to be using the largest telescope ever built, but he is also known to be blind—and not only blind, but eyeless. Is he mad? Or does he, despite this impairment, have an insight denied the other scholars of his day?

These questions intrigue young Gottfried Leibniz—not yet the world-renowned polymath who will go on to discover calculus, but a nineteen-year-old whose faith in reason is shaky at best. Leibniz sets off to investigate the astronomer’s claim, and in the three hours before the eclipse occurs—or fails to occur—the astronomer tells the story behind his strange prediction: a tale encompassing kings, family squabbles, insanity, art, and the horrors of war.

Praise for The Organs of Sense

"Adam Ehrlich Sachs's The Organs of Sense is layers-deep. . . It is at once a pitch-perfect send-up of an overwrought philosophical tract and a philosophical tract in its own right―meaty, hilarious, and a brilliant examination of intangible and utterly human mysteries." ―Arianna Rebolini, BuzzFeed News

"A madcap, ingenious fable that booms with endless jokes and riffs about the nature of consciousness, The Organs of Sense is yet another dazzling, high-wire performance from our modern-day Kleist, Adam Ehrlich Sachs." ―Karan Mahajan, author of The Association of Small Bombs

"This is the funniest and most original novel I've read in a very long time, a madcap blend of philosophical malpractice and byzantine palace intrigue. It's like what might happen if Helen DeWitt attempted a revisionist seventeenth-century historical novel, or if W. G. Sebald had gone insane. In other words, there's nothing else like it. Read it and see!" ―Andrew Martin, author of Early Work 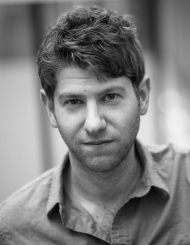 Adam Ehrlich Sachs is the author of the collection Inherited Disorders: Stories, Parables, and Problems, which was a semifinalist for the Thurber Prize for American Humor and a finalist for the Sami Rohr Prize for Jewish Literature. His work has appeared in the New Yorker, Harper’s Magazine, and n+1, among other publications, and he was named a 2018 National Endowment for the Arts Literature Fellow. He has a degree in the history of science from Harvard, where he was a member of the Harvard Lampoon, and currently lives in Pittsburgh, Pennsylvania. The Organs of Sense (FSG) is his first novel. 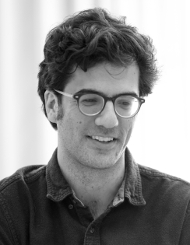 Andrew Martin‘s first novel Early Work was published in summer 2018, and was chosen as a Notable Book of the Year by the New York Times. His stories have appeared in The Paris Review, and his essays have been published recently in the New York Review of Books and Harper's. His story collection Cool for America will be published by FSG in 2020.