The Sparsholt Affair:
A Novel

About The Sparsholt Affair

In 1940, David Sparsholt arrives at Oxford to study engineering, though his sights are set on joining the Royal Air Force. Handsome, athletic, charismatic, he is unaware of his effect on others--especially on Evert Dax, the lonely son of a celebrated novelist who is destined to become a writer himself. With the world at war, and the Blitz raging in London, Oxford nevertheless exists at a strange remove: a place of fleeting beauty--and secret liaisons. A friendship develops between these two young men that will have unexpected consequences as the novel unfolds.

Alan Hollinghurst's new novel explores the legacy of David Sparsholt across three generations, on friends and family alike; we experience through its characters changes in taste, morality, and private life in a sequence of vividly rendered episodes: a Sparsholt holiday in Cornwall; eccentric social gatherings at the Dax family home; the adventures of David's son Johnny, a painter in 1970s London; the push and pull in a group of friends brought together by art, literature, and love. And evoking the increasing openness of gay life, The Sparsholt Affair becomes a meditation on human transience, even as it poignantly expresses the longing for permanence and continuity. Witty, tender, epic in scope yet rich in observation, this is a dazzling novel of fathers and sons; of family and home by a writer hailed by The Wall Street Journal as "one of the best novelists at work today."

“Perhaps Hollinghurst’s most beautiful novel yet—a book full of glorious sentences by the greatest prose stylist writing in English today. The Sparsholt Affair is about gay life, about art, about family, but most of all it’s about the remorseless passage of time. There’s always something elegiac about the movement of time in a Hollinghurst novel; there’s an inevitable feeling of sorrow that comes with the end of each section. [Yet] The Sparsholt Affair is funnier and more warm-hearted than any of his books so far. Hollinghurst is wonderful on the ‘beautiful delay’ of university life, on the cloisters and the quadrangles, tentative intimacies building between friends and lovers: he can do an Oxford novel as well as Waugh. An unashamedly readable novel, undoubtedly the work of a master.” —Alex Preston, The Observer

“A novelist with a particular genius for inhabiting the past [and] an extraordinary gift for the condensing and enriching detail . . . Hollinghurst can give a tiny history of the high street and a thumbnail sketch of a life-story all in a few dozen words. His evocation of Oxford in wartime is ravishing in its detail, [and] it isn’t only the overtly gorgeous passages that shine . . . Ordinary actions are ushered from one sort of life into another, carried tenderly across in language that is unhurried and precise. [Hollinghurst’s writing] evokes Whistler’s brushwork, Henry James’s prose or Frank Lloyd Wright’s way with a building, but does not recognize a separation between high and low, past and present, glory and disgrace. With an astonishing responsiveness to light, sound, painting, the past, social nuance, music, sensation, buildings inside and out, the inner life of sentence, he is saturated in the literary past but unhindered by it.” —Adam Mars-Jones, The London Review of Books

"Dazzlingly good: the best new novel I’ve read this year. Once again, Hollinghurst is both utterly sumptuous and utterly precise. Perfect scene follows perfect scene; no object in The Sparsholt Affair is too unimportant to receive his full and thrilling attention. Combining broad sweep with plenty of equally impressive close-up analysis, Hollinghurst plunges us into haute bohemia over several decades. He reminds us that yet another of his lavish gifts is for rueful comedy. Hollinghurst is as deft as ever." —James Walton, The Spectator 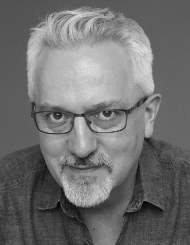 Alan Hollinghurst is the author of the novels The Stranger's Child, The Swimming-Pool Library, The Folding Star, The Spell, and The Line of Beauty, which won the Man Booker Prize and was a finalist for the National Book Critics Circle Award. He has received the Somerset Maugham Award, the E. M. Forster Award of the American Academy of Arts and Letters, and the James Tait Black Memorial Prize for Fiction.