Inside the Five-Sided Box:
Lessons from a Lifetime of Leadership in the Pentagon

Harvard Book Store welcomes renowned statesman and former United States Secretary of Defense ASH CARTER for a discussion of his new memoir, Inside the Five-Sided Box: Lessons from a Lifetime of Leadership in the Pentagon. He will be joined in conversation by homeland security expert and analyst JULIETTE KAYYEM.

About Inside the Five-Sided Box

The Pentagon is the headquarters of the single largest institution in America: the Department of Defense. The D.O.D. employs millions of Americans. It owns and operates more real estate, and spends more money, than any other entity. It manages the world’s largest and most complex information network and performs more R&D than Apple, Google, and Microsoft combined. Most important, the policies it carries out, in war and peace, impact the security and freedom of billions of people around the globe.

Yet to most Americans, the dealings of the D.O.D. are a mystery, and the Pentagon nothing more than an opaque five-sided box that they regard with a mixture of awe and suspicion.

In this new book, former Secretary of Defense Ash Carter demystifies the Pentagon and sheds light on all that happens inside one of the nation’s most iconic, and most closely guarded, buildings. Drawn from Carter’s thirty-six years of leadership experience in the D.O.D., this is the essential book for understanding the challenge of defending America in a dangerous world – and imparting a trove of incisive lessons that can guide leaders in any complex organization.

In these times of great disruption and danger, the need for Ash Carter’s authoritative and pragmatic account is more urgent than ever.

Praise for Inside the Five-Sided Box

"[This] excellent new book provides critical management lessons. . .for all who seek to become effective leaders in any field." —Christine Lagarde

"A must-read for any citizen who cares about our military and how it works." —Robert M. Gates, Secretary of Defense (2006-2011)

"An essential guide to leadership for anyone who wants to serve a cause larger than themselves." —Indra Nooyi, former chairman and CEO, PepsiCo 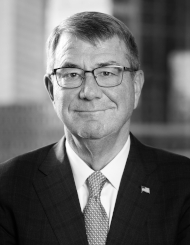 Ash Carter has served for over thirty-five years in numerous jobs in the Department of Defense, mostly recently as the twenty-fifth Secretary of Defense under President Obama. He currently serves as the Director of the Belfer Center for Science and International Affairs at Harvard University’s Kennedy School. He also is an innovation fellow at MIT. A native of Philadelphia, he and his wife, Stephanie, have two grown children. 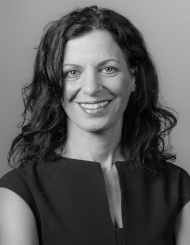