Chosen Nation:
Mennonites and Germany in a Global Era

During the nineteenth and twentieth centuries, the global Mennonite church developed an uneasy relationship with Germany. Despite the religion's origins in the Swiss and Dutch Reformation, as well as its longstanding pacifism, tens of thousands of members embraced militarist German nationalism. Chosen Nation is a sweeping history of this encounter and the debates it sparked among parliaments, dictatorships, and congregations across Eurasia and the Americas.

Offering a multifaceted perspective on nationalism's emergence in Europe and around the world, Benjamin Goossen demonstrates how Mennonites' nationalization reflected and reshaped their faith convictions. While some church leaders modified German identity along Mennonite lines, others appropriated nationalism wholesale, advocating a specifically Mennonite version of nationhood. Examining sources from Poland to Paraguay, Goossen shows how patriotic loyalties rose and fell with religious affiliation. Individuals might claim to be German at one moment but Mennonite the next. Some external parties encouraged separatism, as when the Weimar Republic helped establish an autonomous "Mennonite State" in Latin America. Still others treated Mennonites as quintessentially German; under Hitler's Third Reich, entire colonies benefited from racial warfare and genocide in Nazi-occupied Ukraine. Whether choosing Germany as a national homeland or identifying as a chosen people, called and elected by God, Mennonites committed to collective action in ways that were intricate, fluid, and always surprising.

The first book to place Christianity and diaspora at the heart of nationality studies, Chosen Nation illuminates the rising religious nationalism of our own age.

"Chosen Nation is a remarkable exploration of the entangled histories of nationalism, race, and religion since the nineteenth century. Goossen tells the story of how Mennonites came to think of themselves as a German diasporic community in concert with the construction of the German nation. Based on stunning archival research, this is a beautifully written book." —Tara Zahra, author of The Great Departure: Mass Migration from Eastern Europe and the Making of the Free World

"This is a fascinating, deeply researched account of a transnational religious group's encounter with modern German nationalism and its ongoing reinvention as an ethnicity, nation, race, and confession. Presenting a new unflinching scholarly voice from within the Mennonite community, Chosen Nation explains and reflects on the origins and consequences of the disastrous mid-twentieth-century Mennonite attraction to German nationalism, acceptance of Nazi racial ideology, and, in some cases, participation in genocide." —Terry Martin, Harvard University

"In this age of globally resurgent nationalism, Goossen delivers a timely reminder of the malleability and ever-shifting nature of such ideological collectives. His brilliant analysis takes us through two hundred years of Mennonite history and to a vast array of places--from Kazakhstan to Paraguay, from Germany to Canada--to show how religious and national identities emerge, intersect, and shift, often with lightning speed. This book is an important contribution to the thriving field of global history and to the politics of our times." —Sven Beckert, author of Empire of Cotton: A Global History 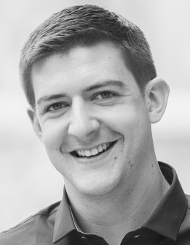 Benjamin W. Goossen is a scholar of global religious history at Harvard University. He has held fellowships from the Fulbright Commission and the German Academic Exchange Service (DAAD), and he is a Beinecke Scholar. Goossen has received awards for excellence in scholarship from the Kansas Historical Foundation, the Associated Church Press, and Swarthmore College. His essays and reviews appear in publications ranging from Nova Religio and Waging Nonviolence to the Journal of the History of Ideas blog.