Harvard Book Store welcomes DARA KAY COHEN, Assistant Professor of Political Science at the John F. Kennedy School of Government at Harvard University, for a discussion of her book Rape during Civil War.

About Rape during Civil War

Rape is common during wartime, but even within the context of the same war, some armed groups perpetrate rape on a massive scale while others never do. In Rape during Civil War Dara Kay Cohen examines variation in the severity and perpetrators of rape using an original dataset of reported rape during all major civil wars from 1980 to 2012. Cohen also conducted extensive fieldwork, including interviews with perpetrators of wartime rape, in three postconflict counties, finding that rape was widespread in the civil wars of the Sierra Leone and Timor-Leste but was far less common during El Salvador's civil war.

Cohen argues that armed groups that recruit their fighters through the random abduction of strangers use rape—and especially gang rape—to create bonds of loyalty and trust between soldiers. The statistical evidence confirms that armed groups that recruit using abduction are more likely to perpetrate rape than are groups that use voluntary methods, even controlling for other confounding factors. Important findings from the fieldwork—across cases—include that rape, even when it occurs on a massive scale, rarely seems to be directly ordered. Instead, former fighters describe participating in rape as a violent socialization practice that served to cut ties with fighters’ past lives and to signal their commitment to their new groups. Results from the book lay the groundwork for the systematic analysis of an understudied form of civilian abuse. The book will also be useful to policymakers and organizations seeking to understand and to mitigate the horrors of wartime rape.

"In this remarkable work, Dara Kay Cohen first shows that not all rebel groups and state armies rape civilians during war. It is those armed organizations that kidnap their recruits off the streets of their villages and towns that are much more likely to do, she argues. Along the way she debunks many of the myths that dominate policy and public perception." —Elisabeth Jean Wood, Yale University and the Santa Fe Institute, coeditor of Understanding and Proving International Sex Crimes 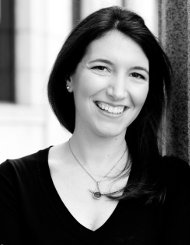