A Reason to Believe:
Lessons from an Improbable Life

Harvard Book Store and the Harvard Graduate School of Education are honored to welcome Massachusetts governor DEVAL PATRICK as he discusses his memoir, A Reason to Believe: Lessons from an Improbable Life.

In January 2007, Deval Patrick became the first black governor of the state of Massachusetts, one of only two black governors elected in American history. But that was just one triumphant step in a long, improbable journey that began in a poor tenement on the South Side of Chicago. From a chaotic childhood to an elite boarding school in New England, from a sojourn doing relief work in Africa to the boardrooms of Fortune 500 companies, and then to a career in politics, Patrick has led an extraordinary life. In this memoir, he pays tribute to the family, friends, and strangers who, through words and deeds, have instilled in him transcendent lessons of faith, perseverance, and friendship. In doing so, he reminds us of the power of community and the imperative of idealism.

Please note that photography and video recording will be prohibited at this event. 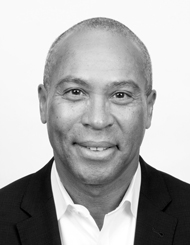 Deval Patrick served as Governor of the Commonwealth of Massachusetts for eight years. Before entering public office, Governor Patrick was Executive Vice President and General Counsel of The Coca-Cola Company. He also worked as Vice President and General Counsel of Texaco, Inc. Governor Patrick was previously a Partner at Day, Berry & Howard and a Partner at Hill & Barlow. In 1994, he was appointed by President Clinton as Assistant Attorney General overseeing the Civil Rights Division of the U.S. Department of Justice. He is a graduate of Harvard College and Harvard Law School.