Ways to Disappear:
A Novel

What Belongs to You:
A Novel

Havard Book Store and GrubStreet welcome award-winning poet IDRA NOVEY and prize-winning author GARTH GREENWELL for a discussion of their debut novels, Ways to Disappear and What Belongs to You. They will be joined by memoirist and short story author ALDEN JONES who will moderate their discussion.

About Ways to Disappear

Called a “tour de force” in Kirkus Reviews, Ways to Disappear is a brilliantly inventive debut novel about the disappearance of a famous Brazilian novelist and the young translator who turns her life upside down to follow her author's trail.

Deep in gambling debt, the celebrated Brazilian writer Beatriz Yagoda is last seen holding a suitcase and a cigar and climbing into an almond tree. She abruptly vanishes. In snowy Pittsburgh, her American translator Emma hears the news and, against the wishes of her boyfriend and Beatriz's two grown children, flies immediately to Brazil. There, in the sticky, sugary heat of Rio, Emma and her author's children conspire to solve the mystery of Yagoda's curious disappearance and staunch the colorful demands of her various outstanding affairs: the rapacious loan shark with a zeal for severing body parts, and the washed-up and disillusioned editor who launched Yagoda's career years earlier.

Idra Novey's exhilarating debut is both a novel of ideas and a novel of intrigue, an innovative fusion of mystery, noir, literary fiction, and humor.

About What Belongs to You

On an unseasonably warm autumn day, an American teacher enters a public bathroom beneath Sofia’s National Palace of Culture. There he meets Mitko, a charismatic young hustler, and pays him for sex. He returns to Mitko again and again over the next few months, drawn by hunger and loneliness and risk, and finds himself ensnared in a relationship in which lust leads to mutual predation, and tenderness can transform into violence. As he struggles to reconcile his longing with the anguish it creates, he’s forced to grapple with his own fraught history, the world of his southern childhood where to be queer was to be a pariah. There are unnerving similarities between his past and the foreign country he finds himself in, a country whose geography and griefs he discovers as he learns more of Mitko’s own narrative, his private history of illness, exploitation, and want.

What Belongs to You is a stunning debut novel of desire and its consequences. With lyric intensity and startling eroticism, Garth Greenwell has created an indelible story about the ways in which our pasts and cultures, our scars and shames can shape who we are and determine how we love. 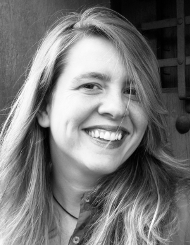 Alden Jones was born in New York, raised in New Jersey, and educated at Brown University, New York University, and the Bennington Writing Seminars. Her first book, The Blind Masseuse: A Traveler’s Memoir from Costa Rica to Cambodia, was named a Top Ten Travel Book by Publishers Weekly and the Huffington Post, won the Independent Publishers Book Award in Travel Essays and the Foreword Reviews IndieFab Book of the Year in Travel Essays, and was longlisted for the PEN/Diamonstein-Spielvogel Award. Her story collection, Unaccompanied Minors, won the New American Fiction Prize and an Independent Publisher Book Award in Short Fiction, and was a finalist for the Edmund White Award in Debut Fiction and a Lambda Literary Award. 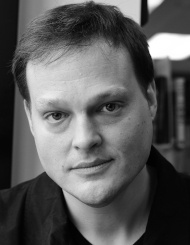 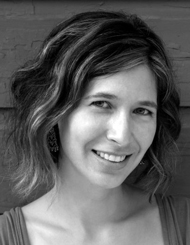 Idra Novey is an award-winning poet and translator. Born in western Pennsylvania, she has since lived in Chile, Brazil, and New York. Her collection Exit, Civilian was selected for the 2011 National Poetry Series. She currently teaches in the Creative Writing Program at Princeton University. This is her first novel.