The News From Spain:
Seven Variations on a Love Story

The End of the Point:
A Novel

Harvard Book Store is pleased to welcome award-winning authors JOAN WICKERSHAM and ELIZABETH GRAVER for a reading and discussion of their newest books: News from Spain, now out in paperback, and The End of the Point, published this spring.

Joan Wickersham's The News From Spain: Seven Variations on a Love Story is a virtuosic collection of stories, each a stirring parable of the power of love and the impossibility of understanding it. Spanning centuries and continents, from eighteenth-century Vienna to contemporary America, Wickersham shows, with uncanny exactitude, how we never really know what’s in someone else’s heart—or in our own. "An ode to heartbreak and regret . . . Wickersham's gift is for capturing the habits of mind that lead even smart people to deceive themselves . . . her book makes you slow down and listen, and then watch for people to reveal themselves." —New York Times Book Review

The End of the Point by Elizabeth Graver charts the dramatic changes in the lives of three generations of one remarkable family, and the summer place that both shelters and isolates them.

Ashaunt Point, Massachusetts, has anchored life for generations of the Porter family, who summer along its remote, rocky shore. But in 1942, the U.S. Army arrives on the Point, bringing havoc and change. That summer, the two older Porter girls—teenagers Helen and Dossie—run wild. The children’s Scottish nurse, Bea, falls in love. And youngest daughter, Janie, is entangled in an incident that cuts the season short and haunts the family for years to come. “With her fourth and most emotionally textured novel, Graver proves herself a master chronicler of the ever-spiraling human comedy. The End of the Point is a work of uncommon gracefulness, as much in its boundless empathy as in the luminosity of its prose.” —The Boston Globe 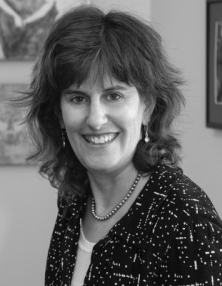 Elizabeth Graver is the author of four novels, including Awake and The Honey Thief. Her short story collection, Have You Seen Me?, won the 1991 Drue Heinz Literature Prize. Her work has been anthologized in Best American Short Stories, Prize Stories: The O. Henry Awards, The Pushcart Prize Anthology, and Best American Essays. Her story "The Mourning Door" was awarded the Cohen Prize from Ploughshares Magazine. The mother of two daughters, she teaches English and Creative Writing at Boston College.

Joan Wickersham is the author of The News from Spain, The Suicide Index (a National Book Award finalist), and The Paper Anniversary. She is also a columnist for The Boston Globe and Architecture Boston. Her fiction has appeared in several magazines as well as The Best American Short Stories and The Best American Nonrequired Reading. She has received the Ploughshares Cohen Award for Best Short Story and has been awarded grants by the National Endowment for the Arts, the MacDowell Colony, and Yaddo. Joan currently teaches in the Bennington Writing Seminars and lives in Cambridge, Massachusetts with her husband and two sons.