War Is Not a Game:
The New Antiwar Soldiers and the Movement They Built

Co-sponsored by Radius at MIT

Harvard Book Store and Radius at MIT welcome Tufts University lecturer and journalist NAN LEVINSON for a discussion of her book War Is Not a Game: The New Antiwar Soldiers and the Movement They Built.

On July 23, 2004, five marines, two soldiers, and one airman became the most unlikely of antiwar activists. Young and gung-ho when they first signed up to defend their country, they were sent to fight a war that left them confused, enraged, and haunted. Once they returned home, they became determined to put their disillusionment to use. So that sultry summer evening, they mounted the stage of Boston’s historic Faneuil Hall and announced the launch of Iraq Veterans Against the War.

War Is Not a Game tells the story of this new soldiers’ antiwar movement, showing why it was born, how it quickly grew, where it has struggled, and what it has already accomplished. Nan Levinson reveals the individuals behind the movement, painting an unforgettable portrait of these predominantly working-class veterans who became leaders of a national organization.
Written with sensitivity and humor, War Is Not a Game gives readers an uncensored, grunt’s-eye view of the occupations in Iraq and Afghanistan, while conveying the equally dramatic struggles that soldiers face upon returning home. Demanding to be seen neither simply as tragic victims nor as battlefront heroes, the Iraq Veterans Against the War have worked to shape the national conversation. This book celebrates their bravery, showing that sometimes the most vital battles take place on the home front. 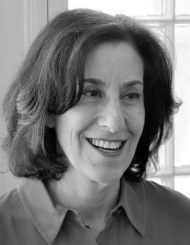 Nan Levinson is a writer and journalist, whose work on civil liberties, politics, culture, and technology has appeared in publications in the United States, abroad, and online. She currently blogs about military and antiwar issues at Huffington Post. Levinson was the U.S. correspondent for the international magazine, Index on Censorship, for eight years; that work led to her previous book, Outspoken: Free Speech Stories. She has served on the Truth Commission on Conscience and War and the advisory board of the Free Speech Policy Project and was twice named to the heroes list of the Boston Coalition for Freedom of Expression. Levinson teaches journalism and fiction writing at Tufts University and, before that, taught at the Kennedy School of Government and Bentley University. Previously, she worked in arts administration, including stints at the National Endowment for the Arts and as Executive Director of the British American Arts Association. She lives in Somerville.