Requiem for the American Dream:
The 10 Principles of Concentration of Wealth & Power

in conversation with AMY GOODMAN

Noam Chomsky will unfortunately no longer be able to join for the book signing portion of this event. We hope to have a limited number of pre-signed editions of Requiem for the American Dream, signed by Noam Chomsky, available on a first-come, first-served basis at the book sales table at the event. However, we will not be able to accommodate any additional orders for signed books. Our sincere apologies for the inconvenience.

Please note that after the discussion Amy Goodman will be signing copies of Democracy Now!, which will also be available for purchase the evening of the event.

Harvard Book Store welcomes MIT Institute Professor Emeritus in the Department of Linguistics and Philosophy NOAM CHOMSKY—bestselling author of numerous political works, including What Kind of Creatures Are We? and Who Rules the World?—for a discussion of Requiem for the American Dream: The 10 Principles of Concentration of Wealth & Power. Mr. Chomsky will be joined in conversation by AMY GOODMAN, host and producer of award-winning independent news program Democracy Now!, the largest public media collaboration in the U.S. today.

About Requiem for the American Dream

Noam Chomsky is widely regarded as the most influential thinker of our time, but never before has he devoted a major book to one topic, income inequality:

"During the Great Depression, things were much worse than they are today, but there was an expectation that things were going to get better. There was a real sense of hopefulness. There isn't today. . . . Inequality is really unprecedented. In terms of total inequality, it's like the worst periods in American history. But if you refine it more closely, the inequality comes from the extreme wealth in a tiny sector of the population, a fraction of 1 percent. . . . Not only is it extremely unjust in itself, inequality has highly negative consequences on the society as a whole because the very fact of inequality has a corrosive, harmful effect on democracy." —Noam Chomsky, in Requiem for the American Dream

Requiem for the American Dream is not an essay collection but an entire work of some 70,000 words based on four years of interviews with Chomsky by the editors. Chomsky considers these to be his final, long-form documentary interviews. It is a book that makes Chomsky's breadth and depth accessible, and at the same gives us his most powerful political ideas with unprecedented, breathtaking directness. It will go down as one of his greatest and most lasting contributions. Requiem for the American Dream is being produced in tandem with the film of the same name that was recently released in selected theaters to rave reviews and standing ovations and will be on Netflix and touring colleges prior to the book's release.

Our featured book for this event is Requiem for the American Dream, which will be for sale at the event for 20% off.

The new paperback edition of Amy Goodman's latest book Democracy Now!: Twenty Years Covering the Movements Changing America will also be available for purchase. Amy Goodman will join for the book signing portion of the evening. 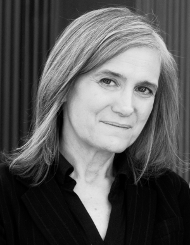 Amy Goodman is the host and executive producer of Democracy Now!, a national, daily, independent, award-winning news program airing on over 1,400 public television and radio stations worldwide. She has co-authored six bestselling books, including her latest book, Democracy Now!: Twenty Years Covering the Movements Changing America. She is the recipient of numerous awards, including the 2014 I.F. Stone Medal for Journalistic Independence Lifetime Achievement Award, the James Aronson Award for Social Justice Reporting, the American Women in Radio and Television Gracie Award, the Robert F. Kennedy Prize for International Reporting, and the George Orwell Award for Distinguished Contribution to Honesty and Clarity in Public Language, among other distinctions from the Associated Press, United Press International, the Corporation for Public Broadcasting, and Project Censored. 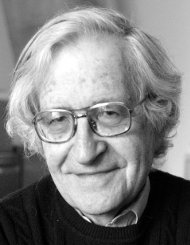