A Long Way from Home:
A Novel

This event has been RESCHEDULED
to Tuesday, April 10th at 7pm

This event has been rescheduled to Tuesday, April 10th at 7pm due to inclement weather. We apologize for any inconvenience. Details for the rescheduled event can be found here.

About A Long Way from Home

Irene Bobs loves fast driving. Her husband is the best car salesman in southeastern Australia. Together they enter the Redex Trial, a brutal race around the ancient continent, over roads no car will ever quite survive. With them is their lanky, fair-haired navigator, Willie Bachhuber, a quiz show champion and failed schoolteacher who calls the turns and creeks crossings on a map that will remove them, without warning, from the white Australia they all know so well. This is a thrilling high-speed story that starts in one way and then takes you someplace else. It is often funny, more so as the world gets stranger, and always a page-turner even as you learn a history these characters never knew themselves.

Set in the 1950s, this is a world every American will recognize: black, white, who we are, how we got here, and what we did to each other along the way.

A Long Way from Home is Peter Carey's late-style masterpiece.

“This picaresque comedy goes thematically deeper as it heads into the Outback. The antic tone of this 14th novel by Australian-born Carey belies its serious ambition. The comic spirit slyly suggests Shakespeare, an inquiry into identity and the farcical human existence . . . In the guise of a period piece, Carey’s novel raises issues of culture and race that carry a thoroughly contemporary charge.” —Kirkus Reviews (starred review)

“One of Australia’s greatest authors . . . Carey employs both a multi-voice narrative and a continent-spanning car race to emulate the disparate voices and fits and starts that comprise Australia’s history. Highly recommended.” —Library Journal (starred review) 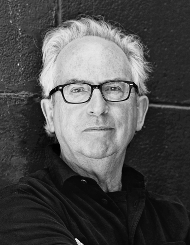 Peter Carey is the author of thirteen previous novels. In addition to the Booker Prize, his honors include the Commonwealth Writers' Prize and the Miles Franklin Literary Award. Born in Australia, he has lived in New York City for more than twenty-five years.