Harvard Book Store and Poughshares are excited to celebrate the 40th anniversary of the award-winning literary journal with a conversation with Ploughshares founder DeWITT HENRY, author of the new memoir, Sweet Dreams: A Family History. The evening will also include a reading by local poet GAIL MAZUR as well as wine and light refreshments.

While a graduate student at Harvard University, DeWitt Henry teamed up with friend Peter O'Malley at the local pub The Plough and Stars to discuss the lack of publishing opportunities in the Boston area. The result of their coversation was Ploughshares, a new literary journal that would boast a new editor for each issue, ensuring a fresh and varied take on the local literary scene. In its first 40 years, Ploughshares has been edited by Seamus Heaney, Rita Dove, Lorrie Moore, and Sherman Alexie, among many others, and has featured the work of John Irving, Robert Pinsky, Sue Miller, and Tim O'Brien. In 1989, Ploughshares partnered with Emerson College, a collaboration that provides both practical and intellectual support for the journal.

DeWitt Henry, who has previously published a novel and a memoir, as well as editing several books of essays and short fiction, has just published a new memoir.

"Every once in awhile, a writer comes along and throws a wrench in system, sharing an unselfish and powerful family story that challenges the reader and truly demands to be heard, creating a literary event that is so much more rewarding than even the best of the typical memoir fare. That’s the best way this reviewer can describe Sweet Dreams: A Family History, the new memoir by author DeWitt Henry, founding editor and long-time director and editor of Ploughshares.

In the book, DeWitt, in astounding photographic detail and extraordinary prose, chronicles the first 50 or so years of his life, from his privileged post-war childhood and coming-of-age (as an heir to a candy factory) in Wayne, Pennsylvania, a wealthy suburb on Philadelphia's Main Line, to the self-imposed poverty of a literary academic in the 60s and 70s, and finally the 'respectable happiness' that always eluded his father in the 80s and beyond."
—The New York Journal of Books

"This is not a flashy memoir, written with Hollywood in mind. But it is candid, clear-eyed, and humble before the insoluble mysteries of the human heart." —The Boston Globe 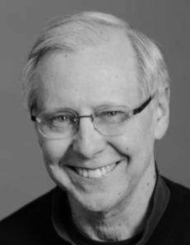 DeWitt Henry is the author of several books, including Safe Suicide, Sweet Dreams: A Family History, and The Marriage of Anna Maye Potts (winner of the inaugural Peter Taylor Prize for the Novel). He is also the editor of many collections of fiction and essays, including Breaking Into Print, Sorrow's Company: Writers on Loss and Grief, and Other Sides of Silence: New Fiction from Ploughshares. He is the founding editor of Ploughshares, where he served as executive director for its first twenty years. 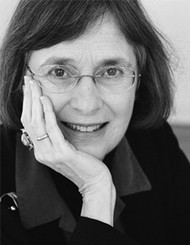 Gail Mazur is Distinguished Writer in Residence in Emerson College's Writing, Literature, and Publishing Program and founding director of the Blacksmith House Poetry Center. She is the author of They Can't Take That Away from Me (a finalist for the 2001 National Book Award), Zeppo's First Wife (a Massachusetts Book Award winner and finalist for the Los Angeles Times Book Prize), and Forbidden City. She has won fellowships from the National Endowment for the Arts and the Bunting Insitute of Radcliffe College as well as the St. Botolph Club Foundation Distinguished Artist Award.