In Life Drawing Black unfolds a fierce, honest, and moving portrait of a woman, and of a couple’s life—the betrayals and intimacies, the needs and regrets, the secrets that sustain love and the ones that threaten to destroy it.

Augusta and Owen have moved to the country, and live a quiet, and rather solitary life, Gus as a painter, Owen as a writer. They have left behind the city, and its associations to a troubled past, devoting their days to each other and their art. But beneath the surface of this tranquil existence lies the heavy truth of Gus’s past betrayal, an affair that ended, but that quietly haunts Owen, Gus and their marriage.

When Alison Hemmings, a beautiful British divorcée, moves in next door, Gus, feeling lonely and isolated, finds herself drawn to Alison, and as their relationship deepens, the lives of the three neighbors become more and more tightly intertwined. With the arrival of Alison’s daughter Nora, the emotions among them grow so intense that even the slightest misstep has the potential to do irrevocable harm to them all.

With lyrical precision and taut, suspenseful storytelling, Black steadily draws us deeper into a world filled with joys and darkness, love and sorrows, a world that becomes as real as our own. Life Drawing is a novel as beautiful and unsparing as the human heart.

“Black’s characters are three-dimensional, and her depiction of their relationships, particularly between the two women, is masterly. An astute inquiry into relationships and betrayal, this novel is nerve-wracking yet irresistibly readable.” —Publishers Weekly 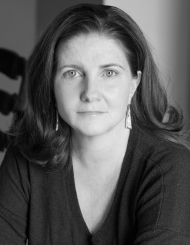 Robin Black is the author of the critically acclaimed short story collection If I Loved You, I Would Tell You This, a finalist for the Frank O’Connor Short Story Prize. Her stories and essays have appeared in numerous publications, including One Story, Colorado Review, The Georgia Review, The Southern Review, O: The Oprah Magazine, The New York Times Magazine, and the anthology The Best Creative Nonfiction, Vol. I. A recipient of fellowships from the Leeway Foundation and the MacDowell Colony, Black was the 2012 Distinguished Visiting Writer at Bryn Mawr College and has taught most recently in the Brooklyn College MFA Program. She lives with her family in Philadelphia.