Biblical Seductions:
Six Stories Retold Based on Talmud and Midrash

Lowell House and Harvard Book Store are pleased to welcome lawyer and biblical scholar SANDRA E. RAPOPORT as she discusses her newest book, Biblical Seductions: Six Stories Retold Based on Talmud and Midrash.

Biblical Seductions retells six compelling stories in which women of the Bible become heroines through their audacious acts—stories that are often skipped or censored because of their disturbing and provocative subject matter.

Readers revisit six biblical episodes: The story of Lot’s daughters, who seduce their father in a mountain cave and bear his sons. The tale of Dinah, who is abducted and raped by Shechem, the local prince. The drama of Tamar, who disguises herself and seduces her father-in-law. The story of King David’s desire for Batsheva, wife of his prized officer, and of the king’s plot to murder her husband so he can wed her. The tragic account of Princess Tamar, daughter of King David, who is lured, trapped, and raped by her half-brother, Amnon, sparking vengeful fratricide and a civil war. Finally, readers encounter the Moabite widow, Ruth, who seduces Boaz, a tribal leader, and becomes great-grandmother of King David.

Rapoport examines what befalls these women. What makes one woman so desperate, another so curious? Why does one commit incest, another risk abduction, and still another seduce a tribal chief? And to what avail? Are they vindicated, or are they ruined? And what becomes of the men in their lives? 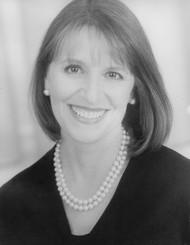 Sandra E. Rapoport has coauthored two other books that blend Bible text with Midrash to tell the stories of the Bible’s women. As a practicing attorney, Sandra specialized in litigating sexual harassment cases. She wrote numerous articles and ran workshops on preventing sexual harassment in the workplace. She also has written for law reviews and for Commentary on the issues of international law and terrorism, and consults to an auction house specializing in rare Hebrew books and manuscripts. Sandra completed Biblical Seductions while a Resident Scholar at Harvard University for the fall term of 2010. She continues to lecture, write, and teach classes on Bible subjects, and lives with her husband, Sam, in Manhattan.