The Age of Surveillance Capitalism:
The Fight for a Human Future at the New Frontier of Power

Harvard Book Store welcomes acclaimed author and Harvard Business School professor emerita SHOSHANA ZUBOFF—author of In the Age of the Smart Machine: The Future of Work and Power—for a discussion of her latest book, The Age of Surveillance Capitalism: The Fight for a Human Future at the New Frontier of Power.

About The Age of Surveillance Capitalism

Shoshana Zuboff's interdisciplinary breadth and depth enable her to come to grips with the social, political, business, and technological meaning of the changes taking place in our time. We are at a critical juncture in the confrontation between the vast power of giant high-tech companies and government, the hidden economic logic of surveillance capitalism, and the propaganda of machine supremacy that threaten to shape and control human life. Will the brazen new methods of social engineering and behavior modification threaten individual autonomy and democratic rights and introduce extreme new forms of social inequality? Or will the promise of the digital age be one of individual empowerment and democratization?

The Age of Surveillance Capitalism is neither a hand-wringing narrative of danger and decline nor a digital fairy tale. Rather, it offers a deeply reasoned and evocative examination of the contests over the next chapter of capitalism that will decide the meaning of information civilization in the twenty-first century. The stark issue at hand is whether we will be the masters of information and machines or its slaves.

"The Age of Surveillance Capitalism is brilliant and essential. Shoshana Zuboff reveals capitalism's most dangerous frontier with stunning clarity: The new economic order of surveillance capitalism founded on extreme inequalities of knowledge and power . . . Zuboff's book finally empowers us to understand and fight these threats effectively—a masterpiece of rare conceptual daring, beautifully written and deeply urgent." ―Robert B. Reich, author of The Common Good and Saving Capitalism: For the Many, Not the Few

"From the very first page I was consumed with an overwhelming imperative: everyone needs to read this book as act of digital self-defense. With tremendous lucidity and moral courage, Zuboff demonstrates not only how our minds are being mined for data but also how they are being rapidly and radically changed in the process. The hour is late and much has been lost already—but as we learn in these indispensable pages, there is still hope for emancipation." ―Naomi Klein, author of This Changes Everything and No Logo and Gloria Steinem Chair in Media, Culture, and Feminist Studies at Rutgers University 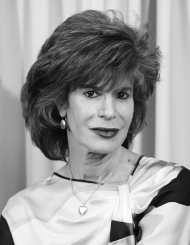 Shoshana Zuboff is the Charles Edward Wilson Professor emerita at Harvard Business School and a faculty associate at the Berkman Center for Internet and Society at Harvard University. She joined HBS’s faculty in 1981 and was one of the first tenured women at HBS and the youngest professor to receive an endowed chair. She received her Ph.D. in social psychology from Harvard University and her BA in philosophy from the University of Chicago. Her previous book, In the Age of the Smart Machine, was characterized on the front page of the New York Times Book Review as “a work of rare originality.”