The People vs. Democracy:
Why Our Freedom Is in Danger and How to Save It

Harvard Book Store and Mass Humanities welcome Harvard University Lecturer and New America Senior Fellow YASCHA MOUNK for a discussion of his latest book, The People vs. Democracy: Why Our Freedom Is in Danger and How to Save It.

About The People vs. Democracy

The world is in turmoil. From India to Turkey and from Poland to the United States, authoritarian populists have seized power. As a result, Yascha Mounk shows, democracy itself may now be at risk.

Two core components of liberal democracy―individual rights and the popular will―are increasingly at war with each other. As the role of money in politics soared and important issues were taken out of public contestation, a system of “rights without democracy” took hold. Populists who rail against this say they want to return power to the people. But in practice, they create something just as bad: a system of “democracy without rights.”

The consequence, Mounk shows in The People vs. Democracy, is that trust in politics is dwindling. Citizens are falling out of love with their political system. Democracy is wilting away. Drawing on vivid stories and original research, Mounk identifies three key drivers of voters’ discontent: stagnating living standards, fears of multiethnic democracy, and the rise of social media. To reverse the trend, politicians need to enact radical reforms that benefit the many, not the few.

The People vs. Democracy is the first book to go beyond a mere description of the rise of populism. In plain language, it describes both how we got here and where we need to go. For those unwilling to give up on either individual rights or the popular will, Mounk shows, there is little time to waste: this may be our last chance to save democracy.

"Yascha Mounk mounts a powerful argument that liberal democracy stands at a critical point. He shows that the forces of technology, economics, and identity are pulling our political systems toward one of two highly undesirable extremes: illiberal democracies run by populist demagogues and undemocratic liberalisms governed by technocratic elites. He points us wisely toward a domesticated, inclusive nationalism and a renewed civic faith. An important book that should be read widely." —Dani Rodrik, Harvard University

"Yascha Mounk is sounding a tocsin that we must heed. Minority rights and majority rule are not irrevocably yoked together; as they diverge, the future of liberal democracy is in peril. Everyone worried about the state of contemporary politics should read this book." —Anne-Marie Slaughter, President & CEO, New America

"The rise of authoritarian populism shows that we can no longer assume that liberal democracy is the wave of the future. So argues Yascha Mounk in this sobering and astute analysis of our current political moment. This splendid book is an invaluable contribution to the debate about what ails democracy, and what can be done about it." —Michael J. Sandel, Harvard University 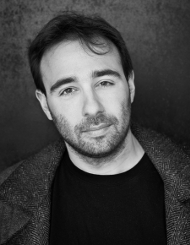 Yascha Mounk is a Lecturer on Government at Harvard University and a Senior Fellow in the Political Reform Program at New America.