American Sanctuary:
Mutiny, Martyrdom, and National Identity in the Age of Revolution

Update: This event has been canceled due to winter storm travel complications. We apologize for any inconvenience, and we hope to reschedule.

Harvard Book Store and Mass Humanities welcome Virginia Tech professor A. ROGER EKIRCH—author of Bound for America, Birthright, and At Day’s Close—for a discussion of his latest book, American Sanctuary: Mutiny, Martyrdom, and National Identity in the Age of Revolution.

A. Roger Ekirch’s American Sanctuary begins in 1797 with the bloodiest mutiny ever suffered by the Royal Navy—on the British frigate HMS Hermione, four thousand miles from England’s shores, off the western coast of Puerto Rico. In the midst of the most storied epoch in British seafaring history, the mutiny struck at the very heart of military authority and at Britain’s hierarchical social order. Revolution was in the air: America had won its War of Independence, the French Revolution was still unfolding, and a ferocious rebellion loomed in Ireland, with countless dissidents already arrested.

Most of the Hermione mutineers had scattered throughout the North Atlantic; one of them, Jonathan Robbins, had made his way to American shores, and the British were asking for his extradition. Robbins let it be known that he was an Ameri­can citizen from Danbury, Connecticut, and that he had been impressed into service by the British.

John Adams, the Federalist successor to Washington as president, in one of the most catastrophic blunders of his admin­istration, sanctioned Robbins’s extradition, according to the terms of the Jay Treaty of 1794. Convicted of murder and piracy by a court-martial in Jamaica, Robbins was sentenced by the British to death, hauled up on the fore yardarm of the frigate Acasta, blindfolded with his hands tied behind his back, and hanged.

Adams’s miscalculation ignited a political firestorm, only to be fanned by news of Robbins’s execution without his constitutional rights of due process and trial by jury. Thomas Jefferson, then vice president and leader of the emergent Republican Party, said, “No one circumstance since the establishment of our government has affected the popular mind more.” Congressional Republicans tried to censure Adams, and the Federalist majority, in a bitter blow to the president, were unable to muster a vote of confidence condoning Robbins’s surrender.

American Sanctuary brilliantly lays out in full detail the story of how the Robbins affair and the presidential campaign of 1800 inflamed the new nation and set in motion a constitutional crisis, resulting in Adams’s defeat and Jefferson’s election as the third president of the United States.

Ekirch writes that the aftershocks of Robbins’s martyrdom helped to shape the infant republic’s identity in the way Ameri­cans envisioned themselves. We see how the Hermione crisis led directly to the country’s historic decision to grant political asylum to refugees from foreign governments—a major achievement in fulfilling the resonant promise of American independence, as voiced by Tom Paine, to provide “an asylum for mankind.”

"Ekirch does an admirable job bringing to light this unfamiliar history, using it as a vehicle to describe the early state of American politics in postrevolutionary times . . . Readers will be treated to a concise, unique moment in the nation’s past that would have aftershocks for years to come." —Keith Klang, Library Journal

"Ekirch covers the murderous 1797 mutiny aboard HMS Hermione in all its drunken excess, tracks the worldwide hunt and capture of some of the perpetrators, and then offers a masterful dissection of the political consequences of the Robbins affair . . . The Robbins controversy featured arguments about alien rights, asylum, national identity, and the meaning and scope of American citizenship, all of which persist and all of which Ekirch handles with remarkable dexterity." —Kirkus, starred review

"Although Roger Ekirch brings to this fascinating account of mutiny, martyrdom, and politics in the early American Republic the imagination and flair of a seasoned novelist, he is actually a superb historian; and the story he tells about America as the asylum for the oppressed of the world two centuries ago is not only true but timely." —Gordon S. Wood, author of Empire of Liberty 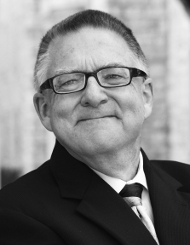 A. Roger Ekirch was born in Washington, D.C., and raised in Alexandria, Virginia, and Delmar, New York. He is the author of Bound for America, Birthright, and At Day’s Close. He holds degrees from Dartmouth College and John Hopkins University, and is a professor of history at Virginia Tech.