Harvard Book Store welcomes debut novelist ADA PALMER and Nebula Award–winning author JO WALTON for a discussion of their books Too Like the Lightning and Necessity.

Mycroft Canner is a convict. For his crimes he is required, as is the custom of the 25th century, to wander the world being as useful as he can to all he meets. Carlyle Foster is a sensayer--a spiritual counselor in a world that has outlawed the public practice of religion, but which also knows that the inner lives of humans cannot be wished away.

The world into which Mycroft and Carlyle have been born is as strange to our 21st-century eyes as ours would be to a native of the 1500s. It is a hard-won utopia built on technologically-generated abundance, and also on complex and mandatory systems of labelling all public writing and speech. What seem to us normal gender distinctions are now distinctly taboo in most social situations. And most of the world's population is affiliated with globe-girdling clans of the like-minded, whose endless economic and cultural competion is carefully managed by central planners of inestimable subtlety. To us it seems like a mad combination of heaven and hell. To them, it seems like normal life.

And in this world, Mycroft and Carlyle have stumbled on the wild card that may destablize the system: the boy Bridger, who can effortlessly make his wishes come true. Who can, it would seem, bring inanimate objects to life.

Necessity: the sequel to the acclaimed The Just City and The Philosopher Kings, Jo Walton's tales of gods, humans, and what they have to learn from one another.

More than sixty-five years ago, Pallas Athena founded the Just City on an island in the eastern Mediterranean, placing it centuries before the Trojan War, populating it with teachers and children from throughout human history, and committing it to building a society based on the principles of Plato's Republic. Among the City's children was Pytheas, secretly the god Apollo in human form.

Sixty years ago, the Just City schismed into five cities, each devoted to a different version of the original vision.

Forty years ago, the five cities managed to bring their squabbles to a close. But in consequence of their struggle, their existence finally came to the attention of Zeus, who can't allow them to remain in deep antiquity, changing the course of human history. Convinced by Apollo to spare the Cities, Zeus instead moved everything on the island to the planet Plato, circling its own distant sun.

Now, more than a generation has passed. The Cities are flourishing on Plato, and even trading with multiple alien species. Then, on the same day, two things happen. Pytheas dies as a human, returning immediately as Apollo in his full glory. And there's suddenly a human ship in orbit around Plato—a ship from Earth. 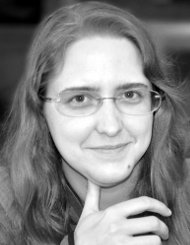 Ada Palmer is a professor in the history department of the University of Chicago, specializing in Renaissance history and the history of ideas. Her first nonfiction book, Reading Lucretius in the Renaissance,was published in 2014 by Harvard University Press. She is also a composer of folk and Renaissance-tinged a capella vocal music on historical themes, most of which she performs with the group Sassafrass. She writes about history for a popular audience at exurbe.com and about SF and fantasy-related matters at Tor.com. Too Like the Lightning is her debut fiction book. 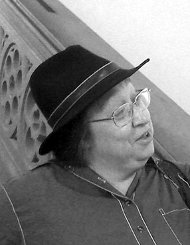 Jo Walton won the Hugo and Nebula Awards in 2012 for her novel Among Others. Before that, her novel Tooth and Claw won the World Fantasy Award in 2004. A native of Wales, Walton lives in Montreal.