We All Sleep in the Same Room

Harvard Book Store is pleased to welcome authors ADAM WILSON and PAUL ROME for a reading and discussion of their respective books, What's Important Is Feeling: Stories and We All Sleep in the Same Room.

In What's Important Is Feeling, bankers prowl Brooklyn bars on the eve of the stock market crash. A debate over Young Elvis versus Vegas Elvis turns existential. Detoxing junkies use a live lobster to spice up their love life. Students on summer break struggle to escape the orbit of a seemingly utopic communal house.

And in the title story, two film school buddies working on a doomed project are left sizing up their own talent, hoping to come out on top—but fearing they won't.

In What's Important Is Feeling, Adam Wilson follows the through-line of contemporary coming-of-age from the ravings of teenage lust to the staggering loneliness of proto-adulthood. He navigates the tough terrain of American life with a delicate balance of comedy and compassion, lyricism and unsparing straightforwardness. Wilson's characters wander through a purgatory of yearning, hope, and grief. No one emerges unscathed.

And in We All Sleep in the Same Room, Paul Rome wrestles with the question: where do you go when you've done everything right? Tom Claughlin, a 40-something labor lawyer, has spent his life fighting an unwinnable war. A husband, recent father, and longtime advocate for the noble New York City workforce, he plunges himself into every case—a school teacher threatened with deportation, a former receptionist haunted by abuse—even as they bring him intimately closer with the firm's newest hire: Jessie, a winsome young legal assistant.

We All Sleep in the Same Room pans between the victories and flirtations of a Times Square office, and the tiffs and tenderness of a Union Square home. A simmering psychological bender, Paul Rome's debut offers a tale of moral erosion and collapse over the course of four fateful months in the fall of 2005. 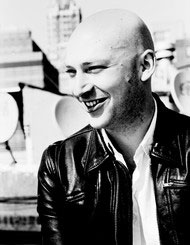 Adam Wilson is the author of the novel Flatscreen, a National Jewish Book Award finalist. His stories have appeared in The Paris Review, Tin House, and The Best American Short Stories, among many other publications. In 2012 he received the Terry Southern Prize, which recognizes "wit, panache, and sprezzatura" in work published by The Paris Review. He teaches creative writing at New York University and lives in Brooklyn. 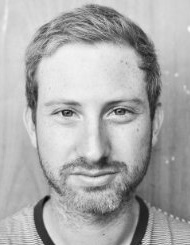 Paul Rome is a writer of fiction and performance literature. His work has been described by The Faster Times as “writing that dazzles,” by Bushwick BK as “endearingly neurotic,” and by Volume 1 Brooklyn as “sharp satire” that “glisten[s] with sophistication and wit.”