Searching for Stars on an Island in Maine

Harvard Book Store welcomes award-winning writer and theoretical physicist ALAN LIGHTMAN for a discussion of his latest book, Searching for Stars on an Island in Maine.

About Searching for Stars on an Island in Maine

As a physicist, Alan Lightman has always held a purely scientific view of the world. Even as a teenager, experimenting in his own laboratory, he was impressed by the logic and materiality of the universe, which is governed by a small number of disembodied forces and laws. Those laws decree that all things in the world are material and impermanent. But one summer evening, while looking at the stars from a small boat at sea, Lightman was overcome by the overwhelming sensation that he was merging with something larger than himself--a grand and eternal unity, a hint of something absolute and immaterial. Searching for Stars on an Island in Maine is the result of these seemingly contradictory impulses, written as an extended meditation on an island in Maine, where Lightman and his wife spend their summers. Framing the dialogue between religion and science as a contrast between absolutes and relatives, Lightman explores our human quest for truth and meaning and the different methods of religion and science in that quest. Along the way, he draws from sources ranging from St. Augustine's conception of absolute truth to Einstein's relativity, from a belief in the divine and eternal nature of stars to their discovered materiality and mortality, from the unity of the once indivisible atom to the multiplicity of subatomic particles and the recent notion of multiple universes. What emerges is not only an understanding of the encounter between science and religion but also a profound exploration of the complexity of human existence.

“Deceptively brilliant, Lightman’s prose is so simple and graceful that it can be easy to miss the quiet, deep sophistication of his approach to the fraught topic of science and religion. Read this and expect to be invited to think through the nature and implications of our seemingly unavoidable desire for Absolutes.” —Professor Edward J. Hall, Chair of the Department of Philosophy, Harvard University

“Thought-provoking . . . Lightman’s pursuit of certainty involves explorations of infinities, large and small; meditations on the problem of consciousness and humanity’s biotech future; field trips around Pole Island to look at hummingbirds and ants; and vivid glimpses of his heroes, among them Galileo, Einstein, St. Augustine, and his friend Yos Hut Khemacaro, a Cambodian Buddhist monk. As he has in previous books, Lightman gives us vast, complicated subjects in lucid, engaging prose.” —Laurie Greer, Politics & Prose

“This is a volume meant for savoring, for readerly ruminations, for thinking about and exploring one essay at a time. Lightman’s illuminating language and crisp imagery aim to ignite a sense of wonder in any reader who’s ever pondered the universe, our world, and the nature of human consciousness.” —Publishers Weekly (starred review) 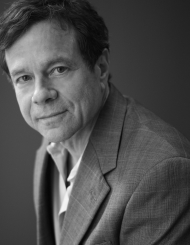 Alan Lightman—who worked for many years as a theoretical physicist—is the author of six novels, including the international best seller Einstein’s Dreams, as well as The Diagnosis, a finalist for the National Book Award. He is also the author of a memoir, three collections of essays, and several books on science. His work has appeared in the Atlantic, Granta, Harper’s Magazine, the New Yorker, the New York Review of Books, Salon, and Nature, among other publications. He has taught at Harvard and at MIT, where he was the first person to receive a dual faculty appointment in science and the humanities. He is currently professor of the practice of the humanities at MIT. He lives in the Boston area.