Fooling Houdini:
Magicians, Mentalists, Math Geeks, and the Hidden Powers of the Mind

Harvard Book Store is pleased to welcome ALEX STONE for a reading of his thrilling debut, Fooling Houdini: Magicians, Mentalists, Math Geeks, and the Hidden Powers of the Mind.

When Alex Stone was five years old, his father bought him a magic kit—a gift that would spark a lifelong love. Years later, while living in New York City, he discovered a vibrant underground magic scene exploding with creativity and innovation and populated by a fascinating cast of characters: from his gruff mentor, who holds court in the back of a rundown pizza shop, to one of the world's greatest card cheats, who also happens to be blind. Captivated, he plunged headlong into this mysterious world, eventually competing at the Magic Olympics and training with great magicians around the globe to perfect his craft.

From the back rooms of New York City's century-old magic societies to cutting-edge psychology labs; three-card monte on Canal Street to glossy Las Vegas casinos; Fooling Houdini recounts Stone's quest to join the ranks of master magicians. As he navigates this quirky and occasionally hilarious subculture, Stone pulls back the curtain on a community shrouded in secrecy, fueled by obsession and brilliance, and organized around a single overriding need: to prove one's worth by deceiving others.

But his journey is more than a tale of tricks, gigs, and geeks. In trying to understand how expert magicians manipulate our minds to create their astonishing illusions, Stone uncovers a wealth of insight into human nature and the nature of perception. Every turn leads to questions about how the mind perceives the world and processes everyday experiences. By investigating some of the lesser-known corners of psychology, neuroscience, physics, history, and even crime, all through the lens of trickery and illusion, Fooling Houdini arrives at a host of startling revelations about how the mind works—and why, sometimes, it doesn't. 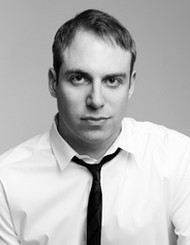 Alex Stone has written for Harper’s, Discover, Science, and The Wall Street Journal. He lives in New York City.