in conversation with KATE COLBY and KEITH JONES

Harvard Book Store welcomes poet, curator, and educator ALEXANDRA MATTRAW for a discussion of her debut full-length book of poems, small siren. She will be joined in conversation by poets KATE COLBY and KEITH JONES.

“Though cradled by earth, Mattraw’s poems wander through a new human condition. Or are the songs of spirits who won’t tiptoe around their biographers. Through the unregistered versions of ourselves, we can read these poems and worry about having regular bodies later. Here is a beautiful lesson or wager that on a page you can risk your dreams.” —Tongo Eisen-Martin

"In Alexandra Mattraw's much-awaited first book, we encounter a poet of extraordinary observation and inquiry. An enchantment and engagement with the world commences: 'when is a voice a piano,' 'repetition needs to believe,' 'what grew before you could speak' build a kind of groundswell where Mattraw puts her ear to the hardscape of 21st century America and its global environs: Sao Paolo, Iceland, New Zealand. Ultimately, notions of country and categories break down. What we find is heresy, hearsay, and yes, wishes. Throughout, what survives is a relationship of love and courage, of errors and triumph. A human relationship of lovers, of family. This is a book of wonder and awe and strength. When the world goes down, I want to be in Alexandra Mattraw's boat." —Gillian Conoley

“When good poetry hits, it animates the actual, it becomes the actual. That’s small siren: a serious romp of constructive music that is what it says. Science and nature unlock their mysteries by being precise; in small siren the words—cut, spliced, compressed—form units of attention enacting the physical world so precisely that even the sun and the moon ride their arcs untroubled. Across cities and seas, Alexandra Mattraw’s language isn’t attached to images; it comes out of them, like a birthright. The authenticity is declarative and unmistakable: ‘A sign is a block, an island, a cloud, a clock.’  She makes it real.” —Aaron Shurin 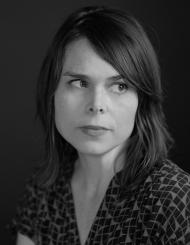 Alexandra Mattraw is the author of small siren, her debut full-length book of poems, just out from Brooklyn’s Cultural Society. She is also the author of four chapbooks, including flood psalm (2017, Dancing Girl Press). Her poems and reviews have appeared in Denver Quarterly, The Poetry Project, VOLT, The Volta, and elsewhere. Her previous books have been named finalists via Nightboat Books, Slope Editions, and 1913 Press. In Oakland and San Francisco, Alexandra curates an art-centric writing and performance series called Lone Glen, now in its seventh year. 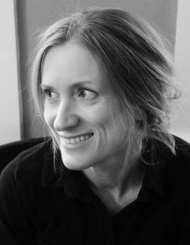 Kate Colby is the author of seven books of poetry, including The Arrangements (Four Way Books, fall 2018). Fruitlands won the Norma Farber First Book Award from the Poetry Society of America in 2007. Her book of essays called The Itch is forthcoming. She is the current Creative Fellow at Harvard’s Woodberry Poetry Room and lives in Providence, where she was a 2012 fellow of the Rhode Island State Council for the Arts. 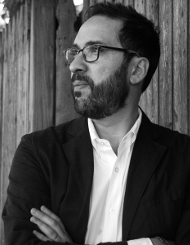