About A Moonless, Starless Sky

In the tradition of Behind the Beautiful Forevers, this is a masterful, humane work of literary journalism by New Yorker staff writer Alexis Okeowo—a vivid narrative of Africans who are courageously resisting their continent's wave of fundamentalism.

In A Moonless, Starless Sky Okeowo weaves together four narratives that form a powerful tapestry of modern Africa: a young couple, kidnap victims of Joseph Kony's LRA; a Mauritanian waging a lonely campaign against modern-day slavery; a women's basketball team flourishing amid war-torn Somalia; and a vigilante who takes up arms against the extremist group Boko Haram. This debut book by one of America's most acclaimed young journalists illuminates the inner lives of ordinary people doing the extraordinary—lives that are too often hidden, underreported, or ignored by the rest of the world.

"Finally, finally, finally—a humane, skillful storyteller with sound reporting instincts has dug into the middle of the stories we think we've already heard out of Africa. Alexis Okeowo can write prose as arresting as Ryszard Kapuscinski's, she's got Katherine Boo's big heart, but she has her own fresh way of approaching the work, one that is terribly overdue. Absolutely essential reading, period." —Alexandra Fuller, New York Times bestselling author of Don't Let's Go to the Dogs Tonight and Quiet Until the Thaw

"Alexis Okeowo's startling and brilliant account of fierce horrors and tender hopes is one of the best records I have ever read of a world that has been made and remade time and again out of struggle and faith. Okeowo is just the kind of reporter we need to hear from when it comes to Africa, the 'new' old world: truthful, accurate, deep." —Hilton Als, Pulitzer Prize–winning author of White Girls

"Alexis Okeowo has gone to the hardest continent and come away with a series of tales about the fight against fanaticism and despair. The result is a deeply sensitive portrait of modern Africa and a microscope on the human condition in the most difficult circumstances." —Dexter Filkins, Pulitzer Prize–winning author of The Forever War 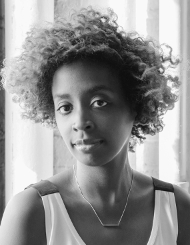 Alexis Okeowo is a staff writer for the New Yorker and a fellow at New America. Her work has appeared in The New Yorker, The New York Times Magazine, Financial Times, Time, and Fortune, among many other publications. The daughter of immigrant parents, Okeowo grew up in Alabama and attended Princeton University. She was based in Lagos, Nigeria, from 2012 to 2015, and now lives in Brooklyn.