Tonight I'm Someone Else:
Essays

Harvard Book Store welcomes ALICE BOLIN and CHELSEA HODSON for a discussion of their debut essay collections, Dead Girls: Essays on Surviving an American Obsession, and Tonight I'm Someone Else: Essays.

In this poignant collection, Alice Bolin examines iconic American works from the essays of Joan Didion and James Baldwin to Twin Peaks, Britney Spears, and Serial, illuminating the widespread obsession with women who are abused, killed, and disenfranchised, and whose bodies (dead and alive) are used as props to bolster men’s stories. Smart and accessible, thoughtful and heartfelt, Bolin investigates the implications of our cultural fixations, and her own role as a consumer and creator.

Bolin chronicles her life in Los Angeles, dissects the Noir, revisits her own coming of age, and analyzes stories of witches and werewolves, both appreciating and challenging the narratives we construct and absorb every day. Dead Girls begins by exploring the trope of dead women in fiction and ends by interrogating the more complex dilemma of living women—both the persistent injustices they suffer and the oppression that white women help perpetuate.

Reminiscent of the piercing insight of Rebecca Solnit and the critical skill of Hilton Als, Bolin constructs a sharp, perceptive, and revelatory dialogue on the portrayal of women in media and their roles in our culture.

About Tonight I'm Someone Else

From graffiti gangs and Grand Theft Auto to sugar daddies, Schopenhauer, and a deadly game of Russian roulette, in these essays, Chelsea Hodson probes her own desires to examine where the physical and the proprietary collide. She asks what our privacy, our intimacy, and our own bodies are worth in the increasingly digital world of liking, linking, and sharing.

Starting with Hodson’s own work experience, which ranges from the mundane to the bizarre―including modeling and working on a NASA Mars mission―Hodson expands outward, looking at the ways in which the human will submits, whether in the marketplace or in a relationship. Both tender and jarring, this collection is relevant to anyone who’s ever searched for what the self is worth.

Hodson’s accumulation within each piece is purposeful, and her prose vivid, clear, and sometimes even shocking, as she explores the wonderful and strange forms of desire. Tonight I'm Someone Else is a fresh, poetic debut from an exciting emerging voice, in which Hodson asks, “How much can a body endure?” And the resounding answer: "Almost everything."

“Everything I want in an essay collection: provocative lines of inquiry, macabre humor, blistering intelligence. I love this book. I want to take it into the middle of a crowded room and hold it up and scream until someone tackles me the ground; even then, I’d probably keep screaming.” —Carmen Maria Machado, author of Her Body and Other Parties

“Bracing and blazingly smart, Alice Bolin’s Dead Girls could hardly be more needed or more timely. A critical contribution to the cultural discussion of gender and genre, Los Angeles and noir, the unbearable persistence of the male gaze and the furtive potency of female rage.” —Megan Abbott, Edgar Award-winning author of You Will Know Me

“I loved this book with reckless abandon. Alice Bolin tracks our societal fixation with violence against young women through an astonishing variety of cultural landscapes . . . An irresistible read. It’s wise and wonderful and I plan to press it on everyone I know.” —Robin Wasserman, author of Girls on Fire

Praise for Tonight I'm Someone Else

"Hodson’s essays have such a sexy drama to them―and ultimately it’s the romance of just getting through life; the passion that comes from being a wholly alert woman and living to tell about it. I had a real romance with this book." ―Miranda July

"Chelsea Hodson tests herself against her desires, grapples with their consequences, and presents a surgically precise account of what they were to her. These essays are bewitching―despite their discipline and rigor, you can smell the blood." ―Sarah Manguso, author of 300 Arguments and The Two Kinds of Decay

“Chelsea Hodson is my favorite essayist. Her work is like the desert: clean and mysterious and full of skeletons. I'll make a prediction: Tonight I'm Someone Else will go down as a classic.” ―Scott McClanahan, author of The Sarah Book 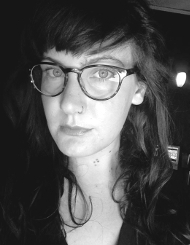 Alice Bolin's nonfiction has appeared in many publications including ELLE, the Awl, the LA Review of Books, Salon, VICE's Broadly, The Paris Review, and The New Yorker. She currently teaches creative nonfiction at the University of Memphis. 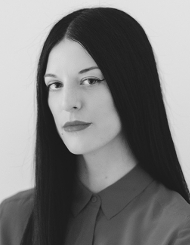 Chelsea Hodson earned her MFA at Bennington College and has been awarded fellowships from MacDowell Colony and PEN Center USA Emerging Voices. Her work has been published in Black Warrior Review, The Lifted Brow, Hobart, The Scofield, Vol. 1 Brooklyn, and more. She lives in Brooklyn, New York. Tonight I'm Someone Else is her debut essay collection.