At the Risk of Thinking:
An Intellectual Biography of Julia Kristeva

Please Note: This event has been canceled.

Harvard Book Store welcomes Harvard professor ALICE JARDINE—translator of Julia Kristeva's Desire in Language: A Semiotic Approach to Literature and Art—for a discussion of her latest book, At the Risk of Thinking: An Intellectual Biography of Julia Kristeva.

About At the Risk of Thinking

At the Risk of Thinking is the first biography of Julia Kristeva—one of the most celebrated intellectuals in the world. Alice Jardine brings Kristeva's work to a broader readership by connecting Kristeva's personal journey, from her childhood in Communist Bulgaria to her adult life as an international public intellectual based in Paris, with the history of her ideas. Informed by extensive interviews with Kristeva herself, this telling of a remarkable woman's life story also draws out the complexities of Kristeva's writing, emphasizing her call for an urgent revival of bold interdisciplinary thinking in order to understand—and to act in—today's world.

Praise for At the Risk of Thinking

“Alice Jardine's intellectual biography of Julia Kristeva is breathtaking. Exploring the relationship between Kristeva's life and her writings, Jardine reflects not only on the powerful influences on Kristeva's thinking and the importance of Kristeva's work for contemporary culture, but also on what it means to write a biography. Beautifully written and full of insight, Jardine's biography is a must read for anyone interested in French Theory and Kristeva's definitive role in its development.” —Kelly Oliver, W. Alton Jones Professor of Philosophy, Vanderbilt University, USA

“People, cities, vibrant seminar rooms, intellectual and amorous encounters: following the thread of Kristeva's books, Alice Jardine takes us on a journey across shifting social and political landscapes in her passionate biographical account of one of the most important thinkers of our epoch.” —Miglena Nikolchina, Professor of Literary Theory, University of Sofia, Bulgaria

“With a light and magical touch, Alice Jardine narrates the story of Julia Kristeva's journey from the Black Sea to the Atlantic to the expanse of human singularity. In her intimate account, Jardine shows how Kristeva became one of the most extraordinary intellectuals of our era. Scholars will be delighted with new biographical nuggets, such as why it was that Lacan didn't make it to that trip to China. But more, for every reader, here is is a story that will inspire us all to think more deeply, to revolt against preconceptions, and—instead of being shaped by the Big Other—to become our own force in creating the meaning of our lives.” —Noëlle McAfee, Professor of Philosophy and Director of the Psychoanalytic Studies Program, Emory University, USA 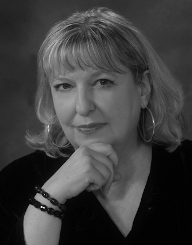 Alice Jardine is Professor of Romance Languages and Literatures and of Studies of Women, Gender, and Sexuality at Harvard University. Her publications include The Future of Difference, Gynésis: Configurations of Woman and Modernity, Living Attention: On Teresa Brennan, and, as translator, Julia Kristeva's Desire in Language: A Semiotic Approach to Literature and Art.