What Need Have We For Such As We

Harvard Book Store welcomes poets AMANDA AUERBACH and JENNIFER SOONG for a reading from their new collections, What Need Have We For Such As We and Near, At.

About What Need Have We For Such As We

In What Need Have We For Such as We, the speaker quickly transitions from being a lyrical poet, moved by the world and her own responses to it, to being a person infected by a poetic voice that, like a virus or a machine or a social script, has a startling and terrifying life of its own.

Near, At follows the inherent strangeness of one's consciousness as it observes and comes into contact with the physical world. A sustained exploration of language, capitalism, gender, and nature, Near, At traverses and measures the movement of silence against the movement of thought and its pauses. Divided into five parts, each with its own form, and followed by a series of ongoing love poems called "My Christopher Poems," this debut collection is slow to assume but quick to adjust. Rooted in both the traditional and the experimental, it asks just how little of ourselves we can be.

Praise for What Need Have We For Such As We

“Amanda Auerbach is a keener psalmist than any writing now. These poems do not simply transpire; they emerge, both leading and being led towards a more perfect light. We are reproved and then restored. What Need Have We for Such as We resounds with crucial, beautiful virtue.” —Donald Revell, author of From the Abandoned Cities, winner of the National Poetry Series

“What Need Have We for Such as We does not proclaim to know, to be able to name the need we have. Instead it notices these needs, the moments when humans give each other gifts, share food, parent, love each other, notice each other’s needs. It is a book of quiet poems, ones that at first glance look like lyric. But Amanda Auerbach is a strong enough writer to avoid lyric’s possible determinism and epiphanies and still write a poem that feels as if it is a hit to the gut, a reminder of what is possible in this life we are living in this world” —Juliana Spahr, author of Response, winner of the National Poetry Series

Praise for Near, At

"Jennifer Soong's collection displays her nuanced understanding of how the philosophical-treatise-as-poem can birth an emotional and embodied intelligence, placing her in a line of affinity with contemporary writers such as Lyn Hejinian, Lisa Robertson and Anne Boyer." —Mia You, author of I, Too, Dislike It

"In these poems 'the mind is a guest,' though the bodies of reader & writer are never simply at rest, but dance on the rhythms of a language (or, better, languages) that keep teaching us new steps." —Pierre Joris, author of BARZAKH (The Purgatory) 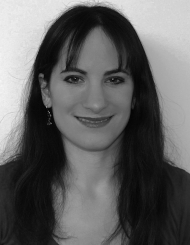 Amanda Auerbach's first book of poetry What Need Have We for Such as We is out from C&R Press in November 2019. Her poems have appeared in a variety of journals including the Paris Review, Kenyon Review, Boston Review, Conjunctions (online), and Fence. She has a PhD in English from Harvard and is currently completing her MFA at the Iowa Writers' Workshop 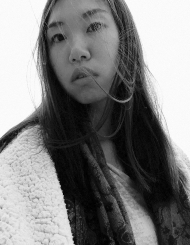 Jennifer Soong's writing has appeared in Social Text, Berfrois, Prelude Magazine, DIAGRAM, and Fanzine, among other places, and been translated into Spanish. She holds a B.A. in English and Visual Studies from Harvard College and is currently a doctoral candidate at Princeton University, where she works on poetry and forgetting. Near, At is her first book.