The List:
A Week-by-Week Reckoning of Trump's First Year

in conversation with HEATHER COX RICHARDSON

Harvard Book Store welcomes AMY SISKIND—spokesperson, writer, and president and co-founder of The New Agenda—for a discussion of her new book The List:  A Week-by-Week Reckoning of Trump's First Year. She will be joined in conversation by historian and Boston College professor HEATHER COX RICHARDSON.

In the immediate aftermath of Donald Trump's election as president, Amy Siskind, a former Wall Street executive and the founder of The New Agenda, began compiling a list of actions taken by the Trump regime that pose a threat to our democratic norms. Under the headline “Experts in authoritarianism advise to keep a list of things subtly changing around you, so you'll remember,” Siskind's “Weekly List” began as a project she shared with friends, but it soon went viral and now has more than half a million viewers every week.

Compiled in one volume for the first time, The List is a first-draft history and a comprehensive account of Donald Trump's first year. Beginning with Trump's acceptance of white supremacists the week after the election and concluding a year later, we watch as Trump and his regime chip away at the rights and protections of marginalized communities, women, and us all—via Twitter storms, unchecked executive action, and shifting rules and standards. The List chronicles not only the scandals that made headlines but also the myriad unprecedented acts that otherwise fall through the cracks.

For everyone hoping to #resistTrump, The List is a must-have guide to what we've lost as a country in the wake of Trump's election.

"The List reminds us Trump is not normal, and he's imposing incalculable harm on America. Not only must he be resisted, but we must never again allow our democracy to be imperiled by a demagogue. Our first line of defense is knowledge of what he's doing to America and the world. Here it is." —Robert Reich, former Secretary of Labor and author of Saving Capitalism

"Amy Siskind's The List is a document of how, millimeter by millimeter, truth, democracy, and the rule of law, WERE beaten down. Not a few fought back—including Siskind. The act of remembering, of not losing one's bearings, is itself a form of resistance that matters, and this book is a testament to that strategy." —Rebecca Solnit, author of The Mother of All Questions

"Someday The List will be used as a high school history text book and those students are going to think "what the F@#$." Honestly, I think that too." —Samantha Bee 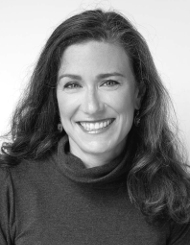 Amy Siskind is a national spokesperson, writer, and expert on helping women and girls advance and succeed. A former Wall Street executive, she's President and Co-founder of The New Agenda, a national organization working on issues including economic independence and advancement, gender representation and bias, and campus sexual assault. She is a frequent source for the national press, including The Washington Post, The Wall Street Journal, and The New York Times. 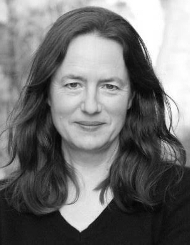