An Evening with McSweeney’s Editors

in conversation with Chris Monks

Harvard Book Store is excited to host an evening with two editors of McSweeney's Internet Tendency. Editor and debut novelist JOHN WARNER will discuss his novel The Funny Man in conversation with fellow editor and writer CHRIS MONKS.

The funny man is a middling comic in an unnamed city. By day he takes care of his infant son, by night he performs in small clubs, sandwiched between other aspiring comics. His wife waits tables to support the family. It doesn’t sound like much, but they’re happy, more or less. Until the day he comes up with it. His thing. His gimmick. And everything changes. He’s a headliner, and the venues get bigger fast. Pretty soon it’s Hollywood and a starring role in a blockbuster, all thanks to the gimmick.

And the funny man, he is tired of having his fist in his mouth.

Thus, as the novel begins, his career’s in tatters, his family’s left him, and he’s on trial for shooting an unarmed man six times. But for the second time in his life, against all odds, he’s found love. This time with another celebrity, who may or may not be sending him coded messages, and may or may not be equally in love—or even know he exists. 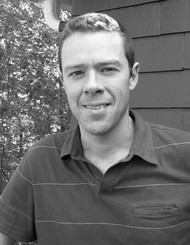 Chris Monks is the author of the book The Ultimate Game Guide to Your Life and the editor of the literary humor site McSweeney's Internet Tendency. He lives in Arlington, MA with his wife and two sons. 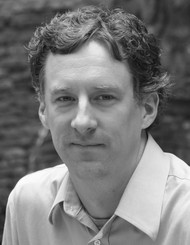 John Warner is the author of three previous books and editor at large for McSweeney¹s Internet Tendency. He is one of the color commentators for The Morning News Tournament of Books and has taught literature and writing at the University of Illinois, Virginia Tech and Clemson University. He currently lives in Charleston, SC. The Funny Man is his first novel.