The Shadow World:
Inside the Global Arms Trade

Harvard Book Store is pleased to welcome founding codirector of Corruption Watch in London Andrew Feinstein for a discussion of his new book, The Shadow World: Inside the Global Arms Trade.

Pulling back the curtain on the secretive world of the global arms trade, Andrew Feinstein reveals the corruption and the cover-ups behind weapons deals ranging from the largest in history - between the British and Saudi governments - to BAE's controversial transactions in South Africa, Tanzania and eastern Europe, and the revolving-door relationships that characterise the US Congressional-Military-Industrial Complex. He exposes in forensic detail both the formal government-to-government trade in arms and the shadow world of illicit weapons dealing - and lays bare the shocking and inextricable links between the two.

The Shadow World places us in the midst of the arms trade's dramatic wheeling and dealing, ranging from corporate boardrooms to seedy out-of-the-way hotels via far-flung offshore havens, and reveals the profound danger this network represents to all of us.

“The Shadow World peels back the veil of secrecy behind which the global arms trade undermines accountable democracy, socioeconomic development, and human rights, causing suffering across the world. In the same way that Andrew Feinstein exposed a corrupt arms deal that darkened South Africa's rainbow nation, he has now turned his forensic gaze on the impact of similar weapons deals around the world. This book is essential reading for anyone who cares about justice, transparency, and accountability in both the public and private spheres, and for anyone who believes that it is more important to invest in saving lives than in the machinery of death.” —Archbishop Desmond Tutu 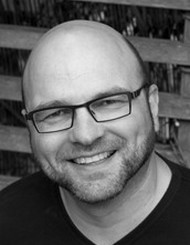 Andrew Feinstein is the author of After the Party, a political memoir. He is currently an Open Society Institute Fellow and the founding codirector of Corruption Watch in London.