The Bone and Sinew of the Land:
America's Forgotten Black Pioneers and the Struggle for Equality

Harvard Book Store and the Hutchins Center for African & African American Research welcome award-winning historian ANNA-LISA COX for a discussion of her latest book, The Bone and Sinew of the Land: America's Forgotten Black Pioneers and the Struggle for Equality.

About The Bone and Sinew of the Land

The American frontier is one of our most cherished and enduring national images. We think of the early pioneers who settled the wilderness as courageous, independent—and white.

This version of history is simply wrong. Starting in our nation's earliest years, thousands of free African Americans were building hundreds of settlements in the Northwest Territory, a territory that banned slavery and gave equal voting rights to all men. This groundbreaking work of research reveals the lost history of the nation's first Great Migration. Though forgotten today, these pioneers were a matter of national importance at the time; their mere existence leading to fierce political movements and battles that tore families and communities apart long before the Civil War erupted.

The Bone and Sinew of the Land is a story with its roots in the ideals of the American Revolution, a story of courageous pioneers transformed by the belief that all men are created equal, seeking a brighter future on the American frontier.

"Tracing the free black families who settled the nation's first frontier, the great Northwest Territory, Anna-Lisa Cox convincingly shows that African American history has always been interwoven with the pioneer experience in America. At the same time, she reveals the blurred, often dangerous lines between freedom and bondage even in the territories that the Founding Fathers established from the beginning to be beyond the reach of America's original sin: slavery. In introducing us to the Grier and Lyle families, among others for whom land was the dream, Cox uncovers a rich history that may surprise even those most devoted to the study of African American history. The Bone and Sinew of the Land is a revelation of primary historical research that is written with the beauty and empathic powers of a novel." ―Henry Louis Gates, Jr.

"The journey of America's Black pioneers is a story that remains unknown to Americans like the frontiers they settled. Starting in the earliest days of the republic, these brave men and women built new lives far away from the White enslavers who doubted them, threatened them, and attacked them. This groundbreaking work of research is a beautifully written testament to their bold courage, to their trailblazing strength." ―Ibram X. Kendi

"Through ingenious research and a generous sensibility, Anna-Lisa Cox captures the hidden stories of African American farmers who fought for equality and justice against virulent white supremacy. Her heartfelt, lyrical narrative brings the bones and sinews of black frontier families back to life, showing how their idealistic struggles helped to shape the Midwest, and the nation." ―Peter H. Wood 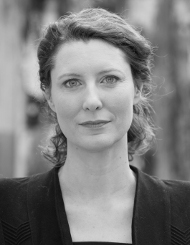 Anna-Lisa Cox is the author of A Stronger Kinship: One Town's Extraordinary Story of Hope and Faith, and an award-winning historian. Currently a fellow at Harvard University's Hutchins Center for African and African American Research, she also recently helped create two historical exhibits based on her original research at the Smithsonian's National Museum of African American History and Culture, including one on black pioneers. She lives in Michigan.