in conversation with MARGARET H. WILLISON

THIS EVENT IS SOLD OUT.
There will not be a standby line for this event.

Harvard Book Store welcomes ANNA KENDRICK, Academy Award–nominated actress and star of Up in the Air, Into the Woods, and Pitch Perfect, for a discussion of her book, Scrappy Little Nobody—her first collection of autobiographical essays. Kendrick will be joined in conversation by Boston librarian and Two Bossy Dames co-writer MARGARET H. WILLISON.

This event will not include a book signing or meet + greet.

All copies of Scrappy Little Nobody will be pre-signed by the author.

About Scrappy Little Nobody

"I'm excited to publish my first book, and because I get uncomfortable when people have high expectations, I'd like to use this opportunity to showcase my ineptitude, pettiness, and the frequency with which I embarrass myself. And while many of my female inspirations who have become authors are incredibly well-educated and accomplished comedy writers, I'm very, very funny on Twitter, according to Buzzfeed and my mom, so I feel like this is a great idea. Quick question: are run-on sentences still frowned upon? Wait, is ending a sentence with a preposition still frowned upon? I mean, upon frowned? Dammit!" —Anna Kendrick

Anna Kendrick’s autobiographical collection of essays amusingly recounts memorable moments throughout her life, from her middle class upbringing in New England to the blockbuster movies that have made her one of Hollywood’s most popular actresses today. Expanding upon the witty and ironic dispatches for which she is known, Anna Kendrick’s essays offer her one-of-a-kind commentary on the absurdities she’s experienced on her way to and from the heart of pop culture. 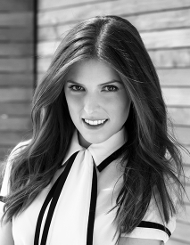 Born and raised in Portland, Maine, Anna Kendrick made her Broadway debut at the age of twelve in her Tony-nominated performance for the musical High Society. Since her Academy Award–nominated role as Natalie Keener in Up in the Air, she has made numerous theatrical appearances, including starring roles in Into the Woods, the Twilight saga, and the Pitch Perfect film franchise. In 2013, she achieved musical success with the triple-platinum hit song “Cups (When I’m Gone),” featured in Pitch Perfect. She lives in Los Angeles. 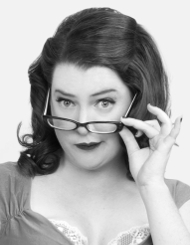 Margaret H. Willison is a librarian and culture advisory savant. She's a regular fourth chair on NPR's Pop Culture Happy Hour podcast, one half of the Two Bossy Dames newsletter, one third of the Appointment Television podcast, and the host of the best 24/7 slumber party on Twitter.