Voyage of the Sable Venus

THIS EVENT HAS BEEN RESCHEDULED TO MARCH 9

UPDATE: THIS EVENT HAS BEEN RESCHEDULED TO MARCH 9

Woodberry Poetry Room and Harvard Book Store welcome poets ANNE BOYER and ROBIN COSTE LEWIS for a presentation of their latest collections, Garments Against Women and Voyage of the Sable Venus.

About Garments Against Women

Garments Against Women is a book of mostly lyric prose about the conditions that make literature almost impossible. It holds a life story without a life, a lie spread across low-rent apartment complexes, dreamscapes, and information networks, tangled in chronology, landing in a heap of the future impossible. Available forms—like garments and literature—are made of the materials of history, of the hours of women's and children's lives, but they are mostly inadequate to the dimension, motion, and irregularity of what they contain. It's a book about seeking to find the forms in which to think the thoughts necessary to survival, then about seeking to find the forms necessary to survive survival and survival's requisite thoughts.

About Voyage of the Sable Venus

Robin Coste Lewis’s electrifying collection is a triptych that begins and ends with lyric poems considering the roles desire and race play in the construction of the self. The central panel is the title poem, “Voyage of the Sable Venus,” a riveting narrative made up entirely of titles of artworks from ancient times to the present—titles that feature or in some way comment on the black female figure in Western art. Bracketed by Lewis’s autobiographical poems, “Voyage” is a tender and shocking study of the fragmentary mysteries of stereotype, as it juxtaposes our names for things with what we actually see and know.

Offering a new understanding of biography and the self, this collection questions just where, historically, do ideas about the black female figure truly begin—five hundred years ago, five thousand, or even longer? And what role has art played in this ancient, often heinous story? From the “Young Black Female Carrying / a Perfume Vase” to a “Little Brown Girl / Girl Standing in a Tree / First Day of Voluntary / School Integration,” this poet adores her culture and the beauty to be found within it. Yet she is also a cultural critic alert to the nuances of race and desire and how they define us all, including herself, as she explores her own sometimes painful history. Lewis’s book is a thrilling aesthetic anthem to the complexity of race—a full embrace of its pleasure and horror, in equal parts. 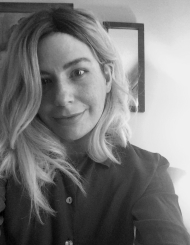 Anne Boyer was born in Topeka, Kansas, in 1973, grew up in Salina, Kansas, and was educated in the public libraries and universities of Kansas. Boyer works as an Assistant Professor of the Liberal Arts at the Kansas City Art Institute, a four year college of art and design, where she teaches with the poets Cyrus Console and Jordan Stempleman. 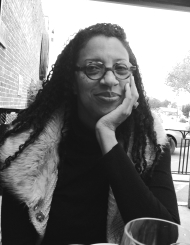 Robin Coste Lewis is the author of Voyage of the Sable Venus (Knopf, 2015), winner of the National Book Award. She is a Provost’s Fellow in Poetry and Visual Studies at the University of Southern California. Lewis is also a Cave Canem fellow and a fellow of the Los Angeles Institute for the Humanities. She received her BA from Hampshire College, her MFA in poetry from NYU, and an MTS in Sanskrit and comparative religious literature from the Divinity School at Harvard University. A finalist for the Rita Dove Poetry Award, she has published her work in various journals and anthologies, including The Massachusetts Review, Callaloo, The Harvard Gay & Lesbian Review, Transition: Women in Literary Arts, VIDA, Phantom Limb, and Lambda Literary Review, among others. She has taught at Wheaton College, Hunter College, Hampshire College, and the NYU Low-Residency MFA in Paris. Lewis was born in Compton, California; her family is from New Orleans.

Co-Sponsored by the Woodberry Poetry Room The Woodberry Poetry Room at Harvard University is a special collections reading room and audio archive with a long and vital history. This tradition continues today with a rich assortment of poetry readings, seminars, and workshops. Learn more at hcl.harvard.edu/poetryroom.