This event has been canceled. We apologize for the inconvenience.

Harvard Book Store welcomes acclaimed novelist ANNE ENRIGHT—author of the Booker Prize–winning novel, The Gathering—for a discussion of her latest novel, Actress. She will be joined in conversation by celebrated author and literary critic JAMES WOOD.

Katherine O’Dell is an Irish theater legend. As her daughter, Norah, retraces her mother’s celebrated career and bohemian life, she delves into long-kept secrets, both her mother’s and her own. Katherine began her career on Ireland’s bus-and-truck circuit before making it to London’s West End, Broadway, and finally Hollywood. Every moment of her life is a performance, with young Norah standing in the wings. But the mother-daughter romance cannot survive Katherine’s past or the world’s damage. With age, alcohol, and dimming stardom, Katherine’s grip on reality grows fitful. Fueled by a proud and long-simmering rage, she commits a bizarre crime.

As Norah’s role gradually changes to Katherine’s protector, caregiver, and finally legacy-keeper, she revisits her mother’s life of fiercely kept secrets; and Norah reveals in turn the secrets of her own sexual and emotional coming-of-age story. Her narrative is shaped by three braided searches—for her father’s identity; for her mother’s motive in donning a Chanel suit one morning and shooting a TV producer in the foot; and her own search for a husband, family, and work she loves.

Bringing to life two generations of women with difficult sexual histories, both assaulted and silenced, both finding―or failing to find―their powers of recovery, Actress touches a raw and timely nerve. With virtuosic storytelling and in prose at turns lyrical and knife-sharp, Enright takes readers to the heart of the maddening yet tender love that binds a mother and daughter.

"There are leaps of joy in Actress, for all its darkness. It sparkles with light, rapid, shrugging wit; cliches are skewered in seconds, and thespian types are affectionately set in motion to carry on chatting in the margins." —Alexandra Harris, The Guardian

"Anne Enright has an unmistakable diction and a genius for arresting detail. Her novel, a daughter’s account of her once-famous actress mother’s life, is a many-sided thing: a description of Ireland in the Seventies and Eighties, a detective story told backwards and a story about the dissolution of a woman once famous, whose fame ebbs away. It’s a tender account of mother-daughter love and how protective it is at heart." —Melanie McDonagh, Evening Standard

“Another triumph for Enright: a confluence of lyrical prose, immediacy, warmth, and emotional insight.” —Kirkus Reviews 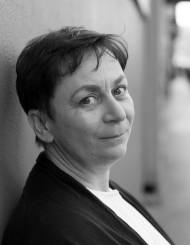 Anne Enright was born in Dublin, where she now lives and works. She has published three volumes of stories, one book of nonfiction, and five novels. In 2015, she was named the inaugural Laureate for Irish Fiction. Her novel The Gathering won the Man Booker Prize, and her last novel, The Forgotten Waltz, won the Andrew Carnegie Medal for Excellence in Fiction. 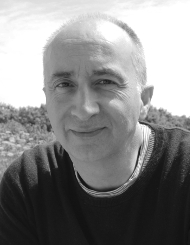