Unbecoming:
A Memoir of Disobedience

Harvard Book Store and Mass Humanities welcome activist and Marine Corps veteran ANURADHA BHAGWATI for a discussion of her debut book, Unbecoming: A Memoir of Disobedience. She will be joined in conversation by JACLYN FRIEDMAN, author of Unscrewed: Women, Sex, Power, and How to Stop Letting the System Screw Us All.

After a lifetime of buckling to the demands of her strict Indian parents, Anuradha Bhagwati abandons grad school in the Ivy League to join the Marines—the fiercest, most violent, most masculine branch of the military—determined to prove herself there in ways she couldn’t before.

Yet once training begins, Anuradha’s G.I. Jane fantasy is punctured. As a bisexual woman of color in the military, she faces underestimation at every stage, confronting misogyny, racism, sexual violence, and astonishing injustice perpetrated by those in power. Pushing herself beyond her limits, she also wrestles with what drove her to pursue such punishment in the first place.

Once her service concludes in 2004, Anuradha courageously vows to take to task the very leaders and traditions that cast such a dark cloud over her time in the Marines. Her efforts result in historic change, including the lifting of the ban on women from pursuing combat roles in the military.

A tale of heroic resilience grappling with the timely question of what, exactly, America stands for, Unbecoming is about one woman who learned to believe in herself in spite of everything. It is the kind of story that will light a fire beneath you, and inspire the next generation of indomitable female heroes.

“A raw, fearless, openhearted chronicle of one woman’s journey through the center of white male violence and out the other side. In confronting herself as unsparingly as the military powers she took on, Bhagwati has written the rare page-turner that will not only make you want to be a better person but also teach you how.” —Jaclyn Friedman, feminist activist and author of Yes Means Yes: Visions of Female Sexual Power and a World Without Rape

"Anuradha Bhagwati has written a captivating and vital book, one that seamlessly marries compelling, insightful personal narrative with her astute critique of how the systems that shape our lives are failing us. It’s a must-read." —Soraya Chemaly, activist and author of Rage Becomes Her

“Anuradha Bhagwati chronicles with admirable candor the examination and reconstruction of her identity, a journey taking her to Yale, the Marine Corps, and eventually the halls of Congress. If you want to understand the seismic changes in US military culture over the past decade, read this book.” —Elliot Ackerman, author of Green on Blue and Dark at the Crossing 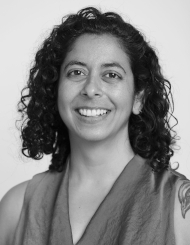 Anuradha Bhagwati is a writer, activist, yoga and meditation teacher, and Marine Corps veteran. She founded the Service Women’s Action Network (SWAN), which brought national attention to sexual violence in the military and affected dozens of historic policy reforms within the Department of Defense and Department of Veteran Affairs. Anuradha is a regular media commentator on issues related to national security, women’s rights, and civil rights, and is the recipient of numerous awards. Her writing has appeared in The New York Times, The Washington Post, Politico, Foreign Affairs, and The New Republic. 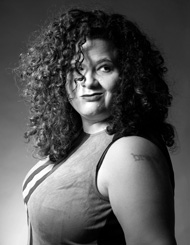