Give Us the Ballot:
The Modern Struggle for Voting Rights in America

Harvard Book Store and the Hutchins Center welcome investigative journalist and political correspondent for The Nation ARI BERMAN for a discussion of his latest book, Give Us the Ballot: The Modern Struggle for Voting Rights in America.

The adoption of the landmark Voting Rights Act in 1965 enfranchised millions of Americans and is widely regarded as the crowning achievement of the civil rights movement. And yet fifty years later we are still fighting heated battles over race, representation, and political power--over the right to vote, the central pillar of our democracy.

A groundbreaking narrative history of voting rights since 1965, Give Us the Ballot tells the story of what happened after the act was passed. Through meticulous archival research, fresh interviews with the leading participants in the ongoing struggle, and incisive on-the-ground reporting, Ari Berman chronicles the transformative impact the act had on American democracy and investigates how the fight over the right to vote has continued in the decades since. From new strategies to keep minorities out of the voting booth, to cynical efforts to limit political representation by gerrymandering electoral districts, to the Supreme Court's recent stunning decision that declared a key part of the Voting Rights Act itself unconstitutional, to the efforts by the Justice Department and grassroots activists to counter these attacks, Berman tells the dramatic story of the pitched contest over the very heart of our democracy.

At this important historical moment, Give Us the Ballot brings new insight to one of the most vital political and civil rights issues of our time.

"Ari Berman's Give us the Ballot is a must-read for anyone who cares about the health of American democracy. Written with a deep respect for history, a keen journalistic sensibility, and a visceral passion for fairness, Berman's book takes us on a swift and critical journey through the last fifty years of voting in America. He begins on the Edmund Pettus bridge with the foot soldiers of Selma and concludes in the rotunda of the North Carolina statehouse with the protestors of Moral Mondays. All the critical figures of American voting rights appear in this book, but Berman allows no one story to dominate the narrative. His book is about the people, the ballot box, and our as yet unrealized ideal of fully free and fair elections. We have not yet arrived at the healthy democracy the 1965 Voting Rights Act promises is possible, but we have not given up hope. The struggle continues." —Melissa Harris-Perry 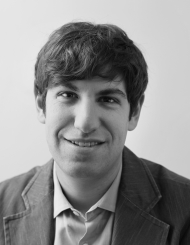 Ari Berman is a political correspondent for The Nation and an investigative journalism Fellow at the Nation Institute. His writing has also appeared in The New York Times and Rolling Stone, and he is a frequent commentator on MSNBC and NPR. His first book, Herding Donkeys: The Fight to Rebuild the Democratic Party and Reshape American Politics, was published in 2010. He lives in New York City.