Strangers in Their Own Land:
Anger and Mourning on the American Right

in conversation with ARCHON FUNG

UPDATED LOCATION & TIME:
This event will now take place
at the Brattle Theatre at 7:00 PM

Please note the updated venue and start time for this event. This event will now take place at the Brattle Theatre, starting at 7pm.

Harvard Book Store and Boston Review welcome award-winning sociologist and writer ARLIE RUSSELL HOCHSCHILD for a discussion of the paperback release of her bestselling book, Strangers in Their Own Land: Anger and Mourning on the American Right—a finalist for the National Book Award. She will be joined in conversation by Harvard Kennedy School professor ARCHON FUNG.

About Strangers in Their Own Land

When Donald Trump won the 2016 presidential election, a bewildered nation turned to Strangers in Their Own Land to understand what Trump voters were thinking when they cast their ballots. Arlie Hochschild, one of the most influential sociologists of her generation, had spent the preceding five years immersed in the community around Lake Charles, Louisiana, a Tea Party stronghold. As Jedediah Purdy put it in the New Republic, “Hochschild is fascinated by how people make sense of their lives. . . . [Her] attentive, detailed portraits . . . reveal a gulf between Hochschild's ‘strangers in their own land’ and a new elite.” Already a favorite common read book in communities and on campuses across the country and called “humble and important” by David Brooks, Hochschild’s book has been lauded by Noam Chomsky, New Orleans Mayor Mitch Landrieu, and countless others.

The paperback edition will feature a new introduction by the author reflecting on the election of Donald Trump and the other events that have unfolded both in Louisiana and around the country since the hardcover edition was published, and will also include a readers’ group guide in the back of the book.

"Arlie Hochschild journeys into a far different world than her liberal academic enclave of Berkeley, into the heartland of the nation's political right, in order to understand how the conservative white working class sees America. With compassion and empathy, she discovers the narrative that gives meaning and expression to their lives–and which explains their political convictions, along with much else. Anyone who wants to understand modern America should read this captivating book." —Robert B. Reich

"The celebrated sociologist Arlie Hochschild left Berkeley and went far outside her comfort zone to live among and report on Tea Party members in Louisiana over five years. With the clear-headed empathy she is famous for, she explored the central paradox of these political activists in the heart of 'cancer alley': they understand that the chemical and oil companies have destroyed their environment and sometimes their lives, but they remain ardent defenders of free market capitalism. Hochschild spent many hours—at church services, picnics, and kitchen tables—probing the ways they struggle to reconcile their conflicting interests and loyalties. There could not be a more important topic in current American politics, nor a better person to dissect it. Every page—every story and individual—is fascinating, and the emerging analysis is revelatory." —Barbara Ehrenreich

"If the great political question of our time can be summarized in the two words, 'Donald Trump,' the answer is to be found in Arlie Russell Hochschild's brilliant new book, Strangers in Their Own Land. Hochschild, an eminent sociologist with a novelist's storytelling skill, has crafted an absorbing tale full of richly drawn, complicated characters who come bearing their own fascinating histories. Together, in Hochschild's authoritative hands, they offer a compelling and lucid portrait of what had seemed a bewildering political moment. A powerful, imaginative, necessary book, arriving not a moment too soon." —Mark Danner 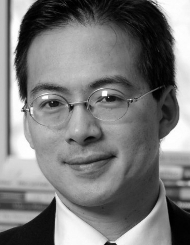 Archon Fung is Ford Foundation Professor of Democracy and Citizenship at the Harvard Kennedy School. His research examines the impacts of civic participation, public deliberation, and transparency upon public and private governance. 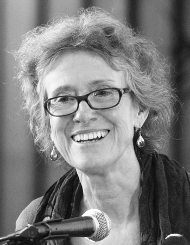 Arlie Russell Hochschild is a writer and sociologist. Her latest book, Strangers in Their Own Land, a New York Times best seller and a finalist for the National Book Award, will be published in paperback by The New Press in February 2018. She is the author of nine books, including The Second Shift, The Time Bind, The Managed Heart, and The Outsourced Self. Her work appears in sixteen languages. The winner of the Ulysses Medal as well as Guggenheim and Mellon grants, she lives in Berkeley, California.