In this comprehensive history, Ashley D. Farmer examines black women's political, social, and cultural engagement with Black Power ideals and organizations. Complicating the assumption that sexism relegated black women to the margins of the movement, Farmer demonstrates how female activists fought for more inclusive understandings of Black Power and social justice by developing new ideas about black womanhood. This compelling book shows how the new tropes of womanhood that they created—the "Militant Black Domestic," the "Revolutionary Black Woman," and the "Third World Woman," for instance—spurred debate among activists over the importance of women and gender to Black Power organizing, causing many of the era's organizations and leaders to critique patriarchy and support gender equality.

Making use of a vast and untapped array of black women's artwork, political cartoons, manifestos, and political essays that they produced as members of groups such as the Black Panther Party and the Congress of African People, Farmer reveals how black women activists reimagined black womanhood, challenged sexism, and redefined the meaning of race, gender, and identity in American life.

"This is one of the most sophisticated, nuanced, and analytically rigorous explorations of Black Power that I have had the pleasure to read. No other study on the subject is this substantively focused and theoretically sharp." —Jeffrey O. G. Ogbar, University of Connecticut

"Remaking Black Power is an indispensable triumph. Painstakingly researched, artfully organized, crisply argued, utterly insightful, Ashley Farmer has remade Black Power scholarship like the black women she chronicles. This book unveils and dissects what has been hidden from the Black Power–era for far too long: the black woman as theorist." —Ibram X. Kendi, National Book Award–winning author of Stamped from the Beginning

"Farmer's astute reading of visuals and print culture produced by black women not only resets the chronological clock of the Black Power era but also shifts our gaze from the well-worn paternalistic utterings of male leaders to women who imagined empowerment on their own terms by developing ideologies, rituals, and texts that redefined who they were and, in some cases, who they wanted to be." —Ula Yvette Taylor, author of The Promise of Patriarchy 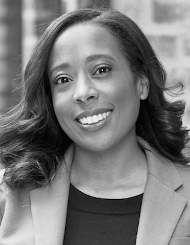 Ashley D. Farmer is a historian of black women's history, intellectual history, and radical politics. She is currently an Assistant Professor in the Department of History and the African American Studies Program at Boston University. Her book, Remaking Black Power: How Black Women Transformed an Era, is the first comprehensive study of black women's intellectual production and activism in the Black Power era.