Out of Line:
A Life of Playing with Fire

in conversation with IHSAN GURDAL

Update: This Event Is Now Sold Out

Harvard Book Store welcomes award-winning local chef and restaurateur BARBARA LYNCH for a discussion of her latest book, Out of Line: A Life of Playing with Fire. Lynch will be joined in conversation by IHSAN GURDAL, founder and owner of Formaggio Kitchen.

About Out of Line

Blood, Bones, & Butter meets A Devil in the Kitchen in this funny, fierce, and poignant memoir by world-renowned chef, restaurateur, and Top Chef judge Barbara Lynch, recounting her rise from a hard-knocks South Boston childhood to culinary stardom.

Celebrated chef Barbara Lynch credits the defiant spirit of her upbringing in tough, poor “Southie,” a neighborhood ruled by the notorious Whitey Bulger gang, with helping her bluff her way into her first professional cooking jobs; develop a distinct culinary style through instinct and sheer moxie; then dare to found an empire of restaurants ranging from a casual but elegant “clam shack” to Boston’s epitome of modern haute cuisine.

One of seven children born to an overworked single mother, Lynch was raised in a housing project. She earned a daredevil reputation for boosting vehicles (even a city bus), petty theft, drinking and doing drugs, and narrowly escaping arrest—haunted all the while by a painful buried trauma.

Out of Line describes Lynch’s remarkable process of self-invention, including her encounters with colorful characters of the food world, and vividly evokes the magic of creation in the kitchen. It is also a love letter to South Boston and its vanishing culture, governed by Irish Catholic mothers and its own code of honor. Through her story, Lynch explores how the past—both what we strive to escape from and what we remain true to—can strengthen and expand who we are.

"Barbara’s debut memoir is a funny but frank read that captures the fierce drive required to overcome challenges and triumph over adversities. Out of Line will serve as inspiration for young cooks to seasoned kitchen vets and everyone in between. A must read!" —Eric Ripert, chef and author of 32 Yolks

"The rise and rise of Barbara Lynch is an extraordinary story told with wry humor and infinite compassion. Her journey from a hard-up childhood to accomplished chefdom is a compelling, real-life ode to the power of food." —Yotam Ottolenghi

"If Barbara Lynch had a food truck, it would be called quenelles of steel. Barbara is a true friend and mentor (with a great sense of humor) who has paved the way for women in the culinary industry. Her heroic story inspires us to remain true to who we are and honor our dreams with conviction." —Chef Ana Sortun 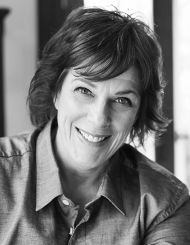 Barbara Lynch has won multiple James Beard awards, including Outstanding Restaurateur (only the second woman to win), an Amelia Earhart award winner for her success as a woman in a male-dominated field, and the Relais & Chateau designation of Grand Chef (one of only six in North America). She is the owner of Barbara Lynch Gruppo, which encompasses seven celebrated restaurants, including No. 9 Park, B&G Oysters, Drink, Sportello, and Menton. Three of her restaurants are anchored in and have spurred the revitalization of South Boston, her lifelong home. 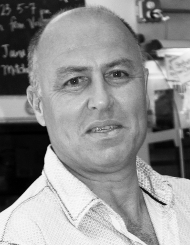 Ihsan Gurdal was born and raised in Istanbul, surrounded by bazaars full of varied flavors and fragrances. Ihsan studied at UC Berkley and played volleyball for the Golden Bears. In 1982, Ihsan moved to Cambridge, Massachusetts where he became head volleyball coach at Harvard. Ihsan followed his passion for food working at a local specialty grocer called Formaggio Kitchen. Following retirement from Harvard volleyball, Ihsan put all of his energy into Formaggio Kitchen and, in 1992, took over ownership of the shop. Since then, he has established Formaggio Kitchen as one of the leading retailers of gourmet foods in the country.