All the Horrors of War:
A Jewish Girl, a British Doctor, and the Liberation of Bergen-Belsen

in conversation with MICHAEL ZANK

Harvard Book Store's virtual event series welcomes BERNICE LERNER—author of The Triumph of Wounded Souls: Seven Holocaust Survivors' Lives—for a discussion of her latest book, All the Horrors of War: A Jewish Girl, a British Doctor, and the Liberation of Bergen-Belsen. She will be joined in conversation by MICHAEL ZANK, professor of Religion and Jewish Studies at Boston University.

While payment is not required, we are suggesting a $3 contribution to support this author series, our staff, and the future of Harvard Book Store—a locally owned, independently run Cambridge institution. In addition, by purchasing a copy of All the Horrors of War from our affiliate Bookshop page, you support indie bookselling and the writing community during this difficult time.

About All the Horrors of War

On April 15, 1945, Brigadier H. L. Glyn Hughes entered Bergen-Belsen for the first time. Waiting for him were 10,000 unburied, putrefying corpses and 60,000 living prisoners, starving and sick. One month earlier, 15-year-old Rachel Genuth arrived at Bergen-Belsen; deported with her family from Sighet, Transylvania, in May of 1944, Rachel had by then already endured Auschwitz, the Christianstadt labor camp, and a forced march through the Sudetenland. In All the Horrors of War, Bernice Lerner follows both Hughes and Genuth as they move across Europe toward Bergen-Belsen in the final, brutal year of World War II.

The book begins at the end: with Hughes's searing testimony at the September 1945 trial of Josef Kramer, commandant of Bergen-Belsen, along with forty-four SS (Schutzstaffel) members and guards. "I have been a doctor for thirty years and seen all the horrors of war," Hughes said, "but I have never seen anything to touch it." The narrative then jumps back to the spring of 1944, following both Hughes and Rachel as they navigate their respective forms of wartime hell until confronting the worst: Christianstadt's prisoners, including Rachel, are deposited in Bergen-Belsen, and the British Second Army, having finally breached the fortress of Germany, assumes control of the ghastly camp after a negotiated surrender. Though they never met, it was Hughes's commitment to helping as many prisoners as possible that saved Rachel's life.

Drawing on a wealth of sources, including Hughes's papers, war diaries, oral histories, and interviews, this gripping volume combines scholarly research with narrative storytelling in describing the suffering of Nazi victims, the overwhelming presence of death at Bergen-Belsen, and characters who exemplify the human capacity for fortitude. Lerner, Rachel's daughter, has special insight into the torment her mother suffered. The first book to pair the story of a Holocaust victim with that of a liberator, All the Horrors of War compels readers to consider the full, complex humanity of both.

Praise for All the Horrors of War

"Focusing on the traumatization of the liberator as well as the survivor, Lerner tells two fascinating stories that are original in both form and content. Her writing is clear, straightforward, and compelling. A powerful and engaging book." —Michael A. Grodin, MD, Boston University School of Public Health, coauthor of The Nazi Doctors and the Nuremberg Code: Human Rights in Human Experimentation

"By describing the fate of one Jewish girl destined to die under the most gruesome manner and the horror experienced by a British doctor and officer upon stepping into a Nazi concentration camp, Lerner humanizes an event that is often described only from one perspective: either that of the liberators, for whom the survivors were often dehumanized 'living skeletons' because of their deplorable living conditions, or that of the survivors, for whom the liberators were angels of mercy descended from heaven after months and years of utter dehumanization by their tormentors. A valuable and highly readable book." —Omer Bartov, Brown University, author of Anatomy of a Genocide: The Life and Death of a Town Called Buczacz

"A towering achievement, Lerner's narrative at once brings us into hell along with its central characters and then lifts us out on the strength of their respective forms of courage and generosity. This meticulously researched story is nourishment for the soul." —Robert G. Kegan, Harvard University, author of In Over Our Heads: The Mental Demands of Modern Life 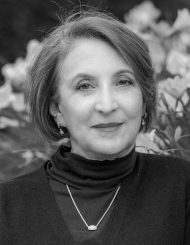 Bernice Lerner, the daughter of survivor Rachel Genuth, is a senior scholar at Boston University's Center for Character and Social Responsibility. She is the author of The Triumph of Wounded Souls: Seven Holocaust Survivors' Lives and a coeditor of Happiness and Virtue beyond East and West: Toward a New Global Responsibility. 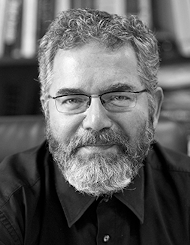 Michael Zank, a native of the Federal Republic of Germany, is Professor of Religion and Jewish Studies. He has served as the director of the Elie Wiesel Center for Jewish Studies since 2013. Zank completed his PhD in Near Eastern and Judaic Studies at Brandeis University in 1994, the same year he joined the Boston University faculty. His most recent book, Jerusalem. A Brief History tells the story of how an ordinary royal city of the ancient Southern Levant became the holy city of Jews, Christians, and Muslims.