The Devoted:
A Novel

A spellbinding confession of what it means to abandon one life for another, The Devoted asks what it takes, and what you’ll sacrifice, to find enlightenment.

Nicole Hennessy’s life revolves around her Zen practice at the Boston Zendo, seeking solace in the tenets of Buddhism to the chagrin of her Irish Catholic family. After a decade of grueling spiritual practice under her Master’s tutelage, living on a shoestring budget as a shop clerk, Nicole has become dangerously entangled with her mentor. As Nicole confronts her past―a drug-fueled year spent fleeing her family’s loaded silences and guilt-laden "Our Fathers"―and reinvents herself in New York City, her Master’s intoxicating voice pursues her, an electrifying whisper on the other end of the phone. Somehow, he knows everything.

In July of 1953, at a glittering party thrown by Truman Capote in Portofino, Italy, Tennessee Williams and his longtime lover Frank Merlo meet Anja Blomgren, a mysteriously taciturn young Swedish beauty and aspiring actress. Their encounter will go on to alter all of their lives.

Ten years later, Frank revisits the tempestuous events of that fateful summer from his deathbed in Manhattan, where he waits anxiously for Tennessee to visit him one final time. Anja, now legendary film icon Anja Bloom, lives as a recluse in the present-day U.S., until a young man connected to the events of 1953 lures her reluctantly back into the spotlight after he discovers she possesses the only surviving copy of Williams's final play.

What keeps two people together and what breaks them apart? Can we save someone else if we can't save ourselves? Like The Master and The Hours, Leading Men seamlessly weaves fact and fiction to navigate the tensions between public figures and their private lives. In an ultimately heartbreaking story about the burdens of fame and the complex negotiations of life in the shadows of greatness, Castellani creates an unforgettable leading lady in Anja Bloom and reveals the hidden machinery of one of the great literary love stories of the twentieth century.

Praise for The Devoted

"A rich and entertaining novel about a woman, a seeker, whose life, existence and relationships are all centered around a devout Buddhist mediation practice in Boston―until they aren’t. I couldn’t put it down.” ―Anne Lamott, “Favorite Reads of 2018”

“[An] intimate, fluid debut . . . The beauty of The Devoted lies in its intricate descriptions of religion’s hush and ritual.” —New York Times Book Review

“The Devoted, Blair Hurley’s stunning literary debut, pushes the boundaries of the traditional coming-of-age novel, offering instead a haunting, provocative tale of self-discovery and transformation in the fallout of exploitation and devastating loss. . . . Hurley is a gifted author who writes with startling beauty and tenderness, one heightened by a fierce, unwavering clarity.” —Brooklyn Rail

"Leading Men is a daredevil of a novel, like the prettiest boy in the gay bar doing a backflip off a stool and not spilling his drink. Castellani has set his eye on that ineffable profane that is the other face of the divine, in a novel that unites my obsessions with Tennessee Williams, Luchino Visconti, Truman Capote, film, cruising, and Italy, and wraps it up in a love story, but a story of old love—love of a kind we almost never see written." —Alexander Chee, author of The Queen of the Night

“Gorgeous and sweeping . . . [a] sumptuous work of historical fiction . . . [Leading Men] manages to capture the lightning of these massive artistic figures on the page with such force, it does feel as if you have tiptoed around Williams’s desk in Rome while he was busy writing a masterpiece.” —Interview

“Leading Men is a finely-rendered narrative . . . broad in scope and lush in detail, without every tipping into sentimentality. [A] compassionate snapshot of a bygone era and a beautiful, if tragic, story of love and remembrance.” —Lambda Literary 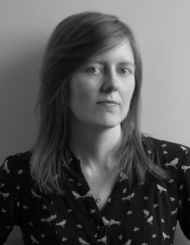 Blair Hurley received her A.B. from Princeton University and her M.F.A. from NYU. Her stories are published or forthcoming in Ninth Letter, West Branch, Mid-American Review, Washington Square, Hayden's Ferry Review, and elsewhere. She received a 2018 Pushcart Prize and scholarships from Bread Loaf and the Kimmel Harding Nelson Center for the Arts. Her debut novel, The Devoted, is now available from W.W. Norton & Company. 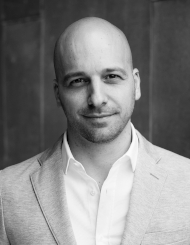 Christopher Castellani's fourth novel, Leading Men, for which he received a Guggenheim Fellowship, will be published by Viking in February 2019. He is also the author of the novels All This Talk of Love, The Saint of Lost Things, and A Kiss from Maddalena. His essays on point of view in fiction, The Art of Perspective, was published by Graywolf in 2016. He has taught in the MFA Program at Warren Wilson, the Bread Loaf Writers' Conference, and at Swarthmore College. He lives in Boston, where he is artistic director of GrubStreet.