Click Here to Kill Everybody:
Security and Survival in a Hyper-connected World

Harvard Book Store welcomes internationally renowned security technologist BRUCE SCHNEIER for a discussion of his latest book, Click Here to Kill Everybody: Security and Survival in a Hyper-connected World.

Everything is a computer. Ovens are computers that make things hot; refrigerators are computers that keep things cold. These computers―from home thermostats to chemical plants―are all online. The Internet, once a virtual abstraction, can now sense and touch the physical world.

As we open our lives to this future, often called the Internet of Things, we are beginning to see its enormous potential in ideas like driverless cars, smart cities, and personal agents equipped with their own behavioral algorithms. But every knife cuts two ways.

All computers can be hacked. And Internet-connected computers are the most vulnerable. Forget data theft: cutting-edge digital attackers can now crash your car, your pacemaker, and the nation’s power grid. In Click Here to Kill Everybody, renowned expert and bestselling author Bruce Schneier examines the hidden risks of this new reality.

After exploring the full implications of a world populated by hyperconnected devices, Schneier reveals the hidden web of technical, political, and market forces that underpin the pervasive insecurities of today. He then offers common-sense choices for companies, governments, and individuals that can allow us to enjoy the benefits of this omnipotent age without falling prey to its vulnerabilities.

From principles for a more resilient Internet of Things, to a recipe for sane government regulation and oversight, to a better way to understand a truly new environment, Schneier’s vision is required reading for anyone invested in human flourishing.

"Schneier skilfully guides readers through serious attacks that have happened already—and moves on to those he believes are just over the horizon. He is particularly accomplished at putting the subject in the context of the market, describing how the explosion of "Internet+" devices is due to the falling cost of computerization. This book is convincing, but not comforting." —Financial Times

"Schneier's book is sober, lucid and often wise in diagnosing how the security challenges posed by the expanding Internet came about, and in proposing what should (but probably won't) be done about them." —Nature

"On a larger level, Schneier proposes resilient systems that provide multiple defensive layers as well as reform of international laws and the establishment of protocols for enhanced protection against the real bad guys. Useful for an internet user but particularly for those concerned with privacy, civil liberties, and related issues." —Kirkus Reviews 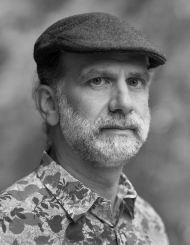 Bruce Schneier is "one of the world’s foremost security experts" (Wired), a "security guru" (The Economist), and the bestselling author of thirteen books. He speaks and writes regularly for major media venues, and his newsletter and blog reach more than 250,000 people worldwide. He is a fellow and lecturer at the Harvard Kennedy School and the Berkman-Klein Center for Internet & Society; a special advisor to IBM Security; and a board member of the Electronic Frontier Foundation, Access Now, and the Tor Project.

Tickets are available online only at harvard.com and harvardbookstore.eventbrite.com. All tickets for this event include a $5 coupon for use in the bookstore. Pre-sale tickets include a copy of Click Here to Kill Everybody. Books bundled with pre-sale tickets may only be picked up at the venue the night of the event, and cannot be picked up in-store beforehand.