Migrating to Prison:
America's Obsession with Locking Up Immigrants

Cambridge Forum welcomes CÉSAR CUAUHTÉMOC GARCÍA HERNÁNDEZ—Associate Professor of Law at University of Denver's Sturm College of Law—for a discussion his book, Migrating to Prison: Immigration in the Age of Mass Incarceration.

About Migrating to Prison

For most of America’s history, we simply did not lock people up for migrating here. Yet over the last thirty years, the federal and state governments have increasingly tapped their powers to incarcerate people accused of violating immigration laws. As a result, almost 400,000 people annually now spend some time locked up pending the result of a civil or criminal immigration proceeding.

In Migrating to Prison, leading scholar César Cuauhtémoc García Hernández takes a hard look at the immigration prison system’s origins, how it currently operates, and why. He tackles the emergence of immigration imprisonment in the mid-1980s, with enforcement resources deployed disproportionately against Latinos, and he looks at both the outsized presence of private prisons and how those on the political right continue, disingenuously, to link immigration imprisonment with national security risks and threats to the rule of law.

Interspersed with powerful stories of people caught up in the immigration imprisonment industry, including children who have spent most of their lives in immigrant detention, Migrating to Prison is an urgent call for the abolition of immigration prisons and a radical reimagining of the United States: who belongs and on what criteria is that determination made?

Praise for Migrating to Prison

"Required reading for anyone fighting for a new immigration policy vision that welcomes immigrants. We need to understand the sadistic, multibillion-dollar industry of immigrant detention so that we can rip it down and make sure it never comes back." —Cristina Jiménez, co-founder and executive director of United We Dream

"Essential for anyone trying to understand how the United States came to have the world’s largest detention infrastructure. García Hernández does a masterful job of laying out the turning points of immigration imprisonment from Ellis Island to family separation and the case for abolishing the practice altogether." —Silky Shah, executive director of Detention Watch Network

"García Hernández provides an insightful examination of the eerie parallels between immigration imprisonment and mass incarceration. He makes a compelling argument that criminalizing immigration enforcement is not only a seriously flawed practical strategy, but an affront to human rights as well." —Marc Mauer, executive director of The Sentencing Project and author of Race to Incarcerate 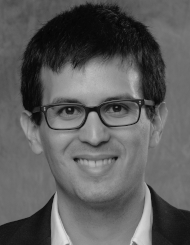 César Cuauhtémoc García Hernández is a professor of law at the University of Denver and an immigration lawyer. He runs the blog Crimmigration.com and regularly speaks on immigration law and policy issues. He has appeared in the New York Times, the Wall Street Journal, NPR, and many other venues. The author of Migrating to Prison, he lives in Denver.