They Were Her Property:
White Women as Slave Owners in the American South

Cambridge Forum welcomes historian STEPHANIE E. JONES-ROGERS for a discussion of her new book, They Were Her Property: White Women as Slave Owners in the American South. The book explores how slave-owning white women were sophisticated economic actors who directly engaged in and benefited from the South’s slave market.

About They Were Her Property

Bridging women’s history, the history of the South, and African American history, this book makes a bold argument about the role of white women in American slavery. In They Were Her Property, historian Stephanie E. Jones-Roger shows that women typically inherited more slaves than land, and that enslaved people were often their primary source of wealth. Not only did white women often refuse to cede ownership of their slaves to their husbands, they employed management techniques that were as effective and brutal as those used by slave-owning men. White women actively participated in the slave market, profited from it, and used it for economic and social empowerment. By examining the economically entangled lives of enslaved people and slave-owning women, Jones-Rogers presents a narrative that forces us to rethink the economics and social conventions of slaveholding America.

"This is a deeply researched and powerfully argued book that completely overturns romanticized notions of the plantation mistresses and resistant southern white women. Stephanie Jones-Rogers reveals how deeply complicit slaveholding white women were in upholding the everyday cruelties and barbarity of racial slavery." —Manisha Sinha, author of The Slave's Cause: A History of Abolition

"They Were Her Property is nothing less than phenomenal. It shatters many sacred cows about women's history and legal history and shows how slaveowning women skirted the limitations of gender norms and statutory law in ways that have been previously underestimated. The findings are buttressed by reading anew a rich and prodigious body of primary sources. This is a must read." —Tera W. Hunter, author of Bound in Wedlock: Slave and Free Black Marriage in the Nineteenth Century

"They Were Her Property casts brilliant, unsparing light on the history of slaveholding women and the terrible oscillation of domination and dependence that defined identities—as wives, as mothers, as mistresses—purchased in the slave market." —Walter Johnson, author of River of Dark Dreams 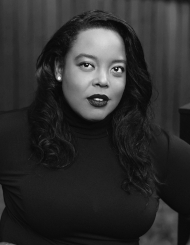 Stephanie E. Jones-Rogers is an Assistant Professor of History at the University of California, Berkeley where she specializes in African-American history, women’s and gender history, and the history of American slavery.