Suffering and Sunset:
World War I in the Art and Life of Horace Pippin

THIS EVENT HAS BEEN CANCELED DUE TO TODAY'S WINTER STORM

Update: This event has been canceled due to today's winter storm. We apologize for any inconvenience.

Harvard Book Store and the Hutchins Center for African & African American Research welcome CELESTE-MARIE BERNIER, Professor of African American Studies at the University of Nottingham, England, for a discussion of her book Suffering and Sunset: World War I in the Art and Life of Horace Pippin.

About Suffering and Sunset

For self-made artist and soldier Horace Pippin—who served in the 369th all-black infantry in World War I until he was wounded—war provided a formative experience that defined much of his life and work. His ability to transform combat service into canvases of emotive power, psychological depth, and realism showed not only how he viewed the world but also his mastery as a painter. In Suffering and Sunset, Celeste-Marie Bernier painstakingly traces Pippin’s life story of art as a life story of war.

Illustrated with more than sixty photographs, including works in various mediums—many in full color—this is the first intellectual history and cultural biography of Pippin. Working from newly discovered archives and unpublished materials, Bernier provides an in-depth investigation into the artist’s development of an alternative visual and textual lexicon and sheds light on his work in its aesthetic, social, and political contexts.

“Bernier painstakingly examines Pippin’s manuscripts, paintings, and sketches to show how his meager written legacy casts revealing light on his other works. . . . The author analyzes Pippin’s work in exhaustive…detail, comparing the scant information of his wartime experience with the stark monotones in his paintings. . . . [The] in-depth analyses [are] filled with learned conjecture.” —Kirkus Reviews 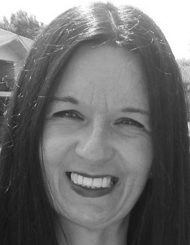 Celeste-Marie Bernier is Professor of African American Studies at the University of Nottingham, England. She is the author of Characters of Blood: Black Heroism in the Transatlantic Imagination and African American Visual Arts: From Slavery to the Present.