Gods of the Upper Air:
How a Circle of Renegade Anthropologists Reinvented Race, Sex, and Gender in the Twentieth Century

Harvard Book Store welcomes CHARLES KING—National Jewish Book Award–winning author of Odessa—for a discussion of his new book, Gods of the Upper Air: How a Circle of Renegade Anthropologists Reinvented Race, Sex, and Gender in the Twentieth Century.

About Gods of the Upper Air

At the end of the 19th century, everyone knew that people were defined by their race and sex and were fated by birth and biology to be more or less intelligent, able, nurturing, or warlike. But one rogue researcher looked at the data and decided everyone was wrong. Franz Boas was the very image of a mad scientist: a wild-haired immigrant with a thick German accent. By the 1920s he was also the foundational thinker and public face of a new school of thought at Columbia University called cultural anthropology. He proposed that cultures did not exist on a continuum from primitive to advanced. Instead, every society solves the same basic problems—from childrearing to how to live well—with its own set of rules, beliefs, and taboos.

Boas's students were some of the century's intellectual stars: Margaret Mead, the outspoken field researcher whose Coming of Age in Samoa is one of the most widely read works of social science of all time; Ruth Benedict, the great love of Mead's life, whose research shaped post-Second World War Japan; Ella Deloria, the Dakota Sioux activist who preserved the traditions of Native Americans of the Great Plains; and Zora Neale Hurston, whose studies under Boas fed directly into her now-classic novel, Their Eyes Were Watching God. Together, they mapped vanishing civilizations from the Arctic to the South Pacific and overturned the relationship between biology and behavior. Their work reshaped how we think of women and men, normalcy and deviance, and re-created our place in a world of many cultures and value systems.

Gods of the Upper Air is a page-turning narrative of radical ideas and adventurous lives, a history rich in scandal, romance, and rivalry, and a genesis story of the fluid conceptions of identity that define our present moment.

Praise for Gods of the Upper Air

“A masterful history of a group of maverick thinkers in the early 20th century who aimed to dethrone the eugenicists dominating racial thought. With eugenics ascendant again, King’s story is a vital book for our times.” —Ibram X. Kendi, author of Stamped from the Beginning: The Definitive History of Racist Ideas in America, winner of the 2016 National Book Award

“Deeply thought-provoking and brilliantly written, Gods of the Upper Air is a walk in the shoes of giants. Charles King takes you on an unforgettable journey as daring anthropologists unravel the profound mysteries of culture and mankind, and discover that they, too, were only human.” —David Hoffman, Pulitzer Prize-winning author of The Dead Hand and The Billion Dollar Spy

“This exciting—even entrancing—story traces the birth of a new science in the early twentieth century, championed by a scrappy genius who trained a cadre of bold women for the work. Charles King writes with verve and authority as he follows the nation’s first cultural anthropologists to far-flung field sites that suggested antidotes to the racism and xenophobia of American society.” —Dava Sobel, author of The Glass Universe and Longitude 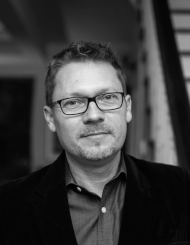 Charles King is the author of seven books, including Midnight at the Pera Palace and Odessa, winner of a National Jewish Book Award. His essays and articles have appeared in the the New York Times, the Washington Post, the Wall Street Journal, Foreign Affairs, and The New Republic. He is a professor of international affairs and government at Georgetown University.