The Immortalists:
A Novel

in conversation with CALLIE CROSSLEY

Harvard Book Store welcomes award-winning author CHLOE BENJAMIN for a discussion of her latest novel, The Immortalists. She will be joined in conversation by award-winning broadcast journalist CALLIE CROSSLEY.

If you knew the date of your death, how would you live your life?

It's 1969 in New York City's Lower East Side, and word has spread of the arrival of a mystical woman, a traveling psychic who claims to be able to tell anyone the day they will die. The Gold children—four adolescents on the cusp of self-awareness—sneak out to hear their fortunes.

Their prophecies inform their next five decades. Golden-boy Simon escapes to the West Coast, searching for love in '80s San Francisco; dreamy Klara becomes a Las Vegas magician, obsessed with blurring reality and fantasy; eldest son Daniel seeks security as an army doctor post-9/11, hoping to control fate; and bookish Varya throws herself into longevity research, where she tests the boundary between science and immortality.

A sweeping novel of remarkable ambition and depth, The Immortalists probes the line between destiny and choice, reality and illusion, this world and the next. It is a deeply moving testament to the power of story, the nature of belief, and the unrelenting pull of familial bonds.

“Chloe Benjamin’s The Immortalists is the very best kind of literary thriller, its suspense deriving from characters we care about deeply and surprises that feel embedded in our shared humanity. As profound a meditation on destiny as readers are likely to encounter.” —Richard Russo

“For someone who loves stories about brothers and sisters, as I do, The Immortalists is about as good as it gets.  A memorable and heartfelt look at what might happen to a family who knows too much. It's amazing how good this book is.‎” —Karen Joy Fowler

“A beautiful, compassionate, and even joyful novel. Chloe Benjamin has written an inspiring book that makes you think hard about what you want to do with the time you’re given. This is not really a book about dying—it's a book about how to live.” —Nathan Hill, author of The Nix

“A literary tour de force. . . Benjamin subtly but trenchantly examines issues of mortality and immortality, destiny and self-determination, magic and science, the past and the future, and the trials and joys of our fleeting but precious existences. A beautifully written page-turner, unpredictable and unforgettable, The Immortalists is ultimately a thoughtful and tender look at how we live our lives in our fraught and perilous times.” —Judith Claire Mitchell, author of A Reunion of Ghosts 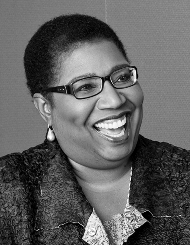 Callie Crossley is the host of Under the Radar with Callie Crossley on WGBH. She is also a public speaker and television and radio commentator for national and local programs, including CNN’s Reliable Sources, the PBS NewsHour and PRI’s The Takeaway. She also appears on WGBH­TV’s Beat the Press, examining local and national media coverage; Basic Black, focusing on current events concerning communities of color; and Fox 25 Boston’s Morning Show. Crossley has earned an Oscar nomination and a National Emmy in addition to many other awards for her work in radio. 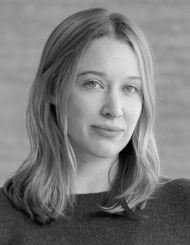 Chloe Benjamin is the author of the novel The Anatomy of Dreams, which received the Edna Ferber Fiction Book Award and was longlisted for the 2014 Center for Fiction First Novel Prize. A San Francisco native, Benjamin is a graduate of Vassar College and of the University of Wisconsin, where she received her MFA in fiction. She lives with her husband in Madison, Wisconsin.