Cambridge Forum is pleased to welcome biographer CHRISTOPH IRMSCHER for a discussion of his new book, Louis Agassiz: Creator of American Science.

Charismatic and controversial, Louis Agassiz is our least known revolutionary—some fifty years after American independence, he became a founding father of American science.

One hundred and seventy-five years ago, a Swiss immigrant took America by storm, launching American science as we know it. The irrepressible Louis Agassiz, legendary at a young age for his work on mountain glaciers, focused his prodigious energies on the fauna of the New World. Invited to deliver a series of lectures in Boston, he never left, becoming the most famous scientist of his time. A pioneer in field research and an obsessive collector, Agassiz enlisted the American public in a vast campaign to send him natural specimens, dead or alive, for his ingeniously conceived museum of comparative zoology. As an educator of enduring impact, he trained a generation of American scientists and science teachers, men and women alike. Irmscher sheds new light on Agassiz’s fascinating partnership with his brilliant wife, Elizabeth Cary Agassiz, a science writer in her own right who would go on to become the first president of Radcliffe College.

But there’s a dark side to the story. Irmscher adds unflinching evidence of Agassiz’s racist impulses and shows how avidly Americans looked to men of science to mediate race policy. The book’s potent, original scenes include the pitched battle between Agassiz and his student Henry James Clark as well as the merciless, often amusing exchanges between Darwin and Harvard botanist Asa Gray over Agassiz’s stubborn resistance to evolution.

A fascinating life story, both inspiring and cautionary, for anyone interested in the history of American ideas. 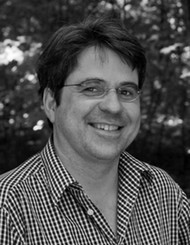 Christoph Irmscher is a professor of English at Indiana University. He is the editor of the Library of America's John James Audubon and author of Longfellow Redux.