99 to 1:
How Wealth Inequality Is Wrecking the World and What We Can Do about It

Billionaires' Ball:
Gluttony and Hubris in an Age of Epic Inequality

Cambridge Forum welcomes senior scholar at the Institute for Policy Studies CHUCK COLLINS and award-winning journalist LINDA MCQUAIG as part of their Spring series, "How We Live Now."

For many years Chuck Collins has been a top leader in studying, speaking about, and writing about these questions. In this book he brings together in one place, for the first time, information that has been widely scattered in many different articles, reports, and websites. He provides revealing and powerful information about inequality in all realms of today’s world, including individual wealth and power, corporate wealth and power, media control, political influence, and other areas. He then describes the functioning of the Wall Street Inequality Machine and describes how inequality wrecks everything we care about. And he tells how people and groups are pushing back against inequality and taking action to reduce inequality and create a world that works for the many and not just the few.

In Billionaires' Ball, Linda McQuaig takes us back in history to the political decisions that helped birth our billionaires, then move us forward to the cutting-edge research into the dangers that concentrated wealth poses. Via vivid profiles of billionaires—ranging from philanthropic capitalists such as Bill Gates to hedge fund king John Paulson and the infamous band of Koch brothers—Billionaires' Ball illustrates why we hold dearly to the belief that they "earned" and "deserve" their grand fortunes, when such wealth is really a by-product of a legal and economic infrastructure that's become deeply flawed. Chuck Collins is a senior scholar at the Institute for Policy Studies (IPS) and directs IPS's Program on Inequality and the Common Good. He is an expert on U.S. inequality and author of several books, including Economic Apartheid in America: A Primer on Economic Inequality and Insecurity, co-authored with Felice Yeskel and Wealth and Our Commonwealth, a case for taxing inherited fortunes, which he co-authored with Bill Gates, Sr. He is co-founder of Wealth for the Common Good, a network of business leaders, high-income households and other partners working together to promote shared prosperity and fair taxation, as well as co-founder of United for a Fair Economy (UFE), which works to raise the profile of wealth inequality. 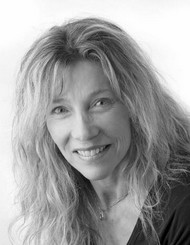 Linda McQuaig is a journalist and best-selling author. As a reporter for The Globe and Mail, she won a National Newspaper Award in 1989 for writing a series of articles which sparked a public inquiry into the activities of Ontario political lobbyist Patti Starr, and eventually led to Starr's imprisonment. And as a Senior Writer for Maclean's magazine, McQuaig (and Ian Austen) wrote two cover stories probing the questionable business dealings of Conrad Black in connection with a U.S. takeover bid in the early 1980s. In 1991, she was awarded an Atkinson Fellowship for Journalism in Public Policy to study the social welfare systems in Europe and North America. Since 2002, McQuaig has written an op-ed column for the Toronto Star. She is author of nine books on politics and economics – including six national bestsellers – such as Shooting the Hippo (short-listed for the Governor General's Award for Non-Fiction), The Cult of Impotence, All You Can Eat, and It's the Crude, Dude: War, Big Oil and the Fight for the Planet.