But What If We're Wrong?:
Thinking About the Present As If It Were the Past

Harvard Book Store welcomes bestselling author of I Wear the Black Hat and Sex, Drugs, and Cocoa Puffs CHUCK KLOSTERMAN for a discussion of his latest book, But What If We're Wrong?: Thinking About the Present As If It Were the Past.

About But What If We're Wrong?

We live in a culture of casual certitude. This has always been the case, no matter how often that certainty has failed. Though no generation believes there’s nothing left to learn, every generation unconsciously assumes that what has already been defined and accepted is (probably) pretty close to how reality will be viewed in perpetuity. And then, of course, time passes. Ideas shift. Opinions invert. What once seemed reasonable eventually becomes absurd, replaced by modern perspectives that feel even more irrefutable and secure—until, of course, they don’t.

Kinetically slingshotting through a broad spectrum of objective and subjective problems, But What If We’re Wrong? is built on interviews with a variety of creative thinkers—George Saunders, David Byrne, Jonathan Lethem, Kathryn Schulz, Neil deGrasse Tyson, Brian Greene, Junot Díaz, Amanda Petrusich, Ryan Adams, Nick Bostrom, Dan Carlin, and Richard Linklater, among others—interwoven with the type of high-wire humor and nontraditional analysis only Klosterman would dare to attempt. It’s a seemingly impossible achievement: a book about the things we cannot know, explained as if we did. It’s about how we live now, once “now” has become “then.”

“This book is brilliant and addictively readable. It's also mandatory reading for anyone who loves history and for anyone who claims to have a capacity for forecasting. It'll probably make them angry because it turns so many sacred assumptions upside down—but that's what the future does. Klosterman's writing style is direct, highly personal and robotically crisp—he's like a stranger on the seat next to you on a plane who gives you a billion dollar idea. A terrific book.” —Douglas Coupland

“[But What If We’re Wrong is] full of intelligence and insights, as the author gleefully turns ideas upside down to better understand them. . . . This book will become a popular book club selection because it makes readers think. Replete with lots of nifty, whimsical footnotes, this clever, speculative book challenges our beliefs with jocularity and perspicacity.” —Kirkus 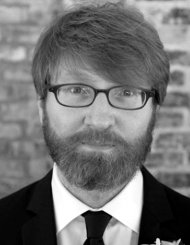 Chuck Klosterman is the bestselling author of six nonfiction books (most notably Sex, Drugs, and Cocoa Puffs and I Wear the Black Hat) and two novels (Downtown Owl andThe Visible Man). He has written for The New York Times, The Washington Post, GQ, Esquire, Spin, The Guardian, The Believer, Billboard, The A.V. Club, and ESPN. Klosterman served as “The Ethicist” for The New York Times Magazine for three years; appeared as himself in the LCD Soundsystem documentary Shut Up and Play the Hits; and co-created Grantland with Bill Simmons. He is a native of North Dakota and currently lives in Brooklyn with his wife, Entertainment Weekly TV critic Melissa Maerz.