This Was Not the Plan:
A Novel

Harvard Book Store welcomes author of The Darlings CRISTINA ALGER for a reading from her latest novel, This Was Not the Plan, an incisive, hilarious, and tender exploration of fatherhood, love, and family life through the story of a widower who attempts to become the father he didn’t know he could be.

About This Was Not the Plan

Charlie Goldwyn’s life hasn’t exactly gone according to plan. Widowerhood at thirty-three and twelve-hour workdays have left a gap in his relationship with his quirky five-year-old son, Caleb, whose obsession with natural disasters and penchant for girls’ clothing have made him something of a loner at his preschool. The only thing Charlie has going for him is his job at a prestigious law firm, where he is finally close to becoming a partner.

But when a slight lapse in judgment at an office party leaves him humiliatingly unemployed, stuck at home with Caleb for the summer, and forced to face his own estranged father, Charlie starts to realize that there’s more to fatherhood than financially providing for his son, and more to being a son than overtaking his father’s successes.

At turns heartbreaking and hilarious, This Was Not the Plan is a story about loss and love, parenthood, and friendship, and what true work-life balance means.

"Note to reader: clear your schedule before you start this book, because you won't be doing anything else till you finish it."  —Jeff Arch, screenwriter of Sleepless in Seattle

"A funny, bittersweet, and ultimately uplifting look at parenthood through the eyes of a single father. You won't just root for these characters—you'll fall in love with them." —Sarah Pekkanen, author of Things You Won’t Say 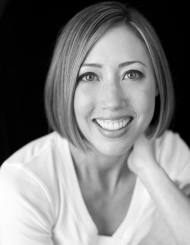 Cristina Alger is a lifelong New Yorker. A graduate of Harvard College and NYU Law School, she worked as a financial analyst and a corporate attorney before becoming a writer. She lives in New York with her husband and daughter, and is currently working on her third novel.